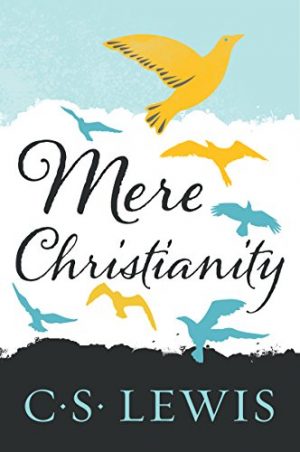 10 Now I appeal to you, brothers and sisters,[d] by the name of our Lord Jesus Christ, that all of you be in agreement and that there be no divisions among you, but that you be united in the same mind and the same purpose

I was introduced to thoughts of C. S. Lewis by the associate pastor of my home church during my teenage years. His wisdom helped shape my beliefs, and I still thumb back through Mere Christianity for a faith refresher from time to time. In the introduction to this fabulous book Lewis writes:

I hope that no reader will suppose that “mere” Christianity is here put forward as an alternative to the creeds of the existing communions – as if someone could adopt it in preference to Congregationalism or Greek Orthodoxy or anything else. It is more like a hall out of which doors open into several rooms. If I can bring anyone into that hall I will have done what I attempted. But it is in the rooms, not in the hall, that there are fires and chairs and meals. The hall is a place to wait in, a place to try the various doors …. When you reach your own room, be kind to those who have chosen different doors and to those who are still in the hall. If they are wrong they need your prayers all the more; and if they are your enemies, then you are under orders to pray for them. That is one of the rules common to the whole house.

God, I thank you that I have found a place in faith where Jesus speaks to me, and I feel the real body of Christ. Help me to invite others to share that sense of Your presence. And help me to love those who have chosen other rooms in your mansion. In Jesus’ name I pray. Amen.