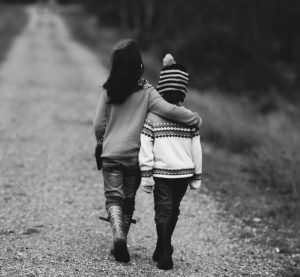 As they led Him away, they seized a man, Simon of Cyrene, who was coming from the country, and they laid the cross on him, and made him carry it behind Jesus.
Luke 23:26
Scripture: Luke 23:26 – 31

His name was Simon of Cyrene. He was coming into the city of Jerusalem from the country. Het got caught in the throng of people trudging out to Golgotha, the place of the Skull, where Jesus would be crucified. Jesus was carrying His cross and the heat, His pain from the beatings, and His weakness beneath the weight of the cross had caused him to stumble. Some Roman soldiers commandeered Simon to carry Jesus’ cross. Jesus stumbled along while Simon carried the cross behind Him.

Simon may have wondered “Why did the soldiers pick on me?”

Simon may have felt compassion for Jesus and reached out to help Him when He faltered.

The evangelist Luke does not tell us how Jesus may have reacted when another hoisted that cross relieving him of its weight.

Did Jesus stand up straighter?

Did Jesus utter a sigh of relief, albeit a short one?

Did Jesus give the faintest of smiles to the one who lifted this burden from Him?

Did Jesus mouth a “Thank You” to Simon, who then concluded, I believe I was at the right place at the right time?

What we do know is that One who said, “Come unto Me all you who are weary and heavy laden, and I will give you rest,” experienced some of His own burden being borne, however briefly, by another. Simon was blessed to be a blessing to Jesus.

All Knowing God, we sometimes wonder why things happen as they do at the time. With the passage of time, we are sometimes given understanding and we can see how we filled a role in God’s plan. We thank You for Simon of Cyrene who shouldered some of the burden of Jesus bearing His cross to Golgotha. Help us to share others’ burdens. In Christ’s name, we pray. Amen.