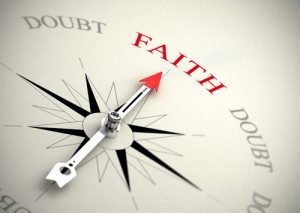 But Thomas (who was called the Twin), one of the twelve, was not with them when Jesus came. So the other disciples told him, “We have seen the Lord.” But he said to them, “Unless I see the mark of the nails in his hands, and put my finger in the mark of the nails and my hand in his side, I will not believe.”

A week later his disciples were again in the house, and Thomas was with them. Although the doors were shut, Jesus came and stood among them and said, “Peace be with you.” Then he said to Thomas, “Put your finger here and see my hands. Reach out your hand and put it in my side. Do not doubt but believe.” Thomas answered him, “My Lord and my God!” Jesus said to him, “Have you believed because you have seen me? Blessed are those who have not seen and yet have come to believe.”
John 20:24-29

A second name that is near and dear to my heart is “Thomas”. (Our oldest son shares that name with a rather famous disciple.) Based on a quick treading of this passage in John’s gospel, chapter 20, some people have come to speak of “Doubting Thomas.” And the name seems to have stuck. When the large group of disciples who had seen the risen Lord Jesus told Thomas about their joy, Thomas had responded that it would take some seeing and more for him to believe what they were telling him. Then, when Jesus later appeared to Thomas (just like he had to the other disciples before) it seems that Thomas didn’t really need to go the extra distance of touching, etc., he simply believed, too.

That’s the faith that I love in Thomas. Back in John chapter 11 (John 11:1-16), when Jesus is planning to go and visit Lazarus, while the Jews in that region were planning to kill the Lord, Thomas is the one disciple who says , “Let us also go, that we may die with him.” In chapter 14 of John (verses 1-7), as Jesus is telling the disciples about a place that he is going away to prepare for them, Thomas raises the question they were all asking in their minds: “We don’t know where you are going, how can we know the way?”

Thomas had an informed faith, a faith that asked the right questions. That faith is alive.

Dear God, keep me so engaged in faith and life that I continue asking You the questions that will help me live as a disciple of my Lord and Savior Jesus. Amen.