A Favorite Chapter in the Holy Bible 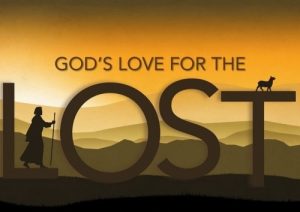 Undoubtedly one of my favorite chapters in the entire Holy Bible is Luke Chapter 15. By His teaching Jesus attracted the attention of the tax collectors and sinners. Jesus’ interaction with these two groups of people caused the Pharisees and the scribes to grumble. Their chief complaint was in their words: “This man welcomes sinners and eats with them.” In response to them, Jesus tells three parables about things that have been lost and then are recovered. Most interesting is the increasing value of that which became lost in each parable.

The first parable is about a shepherd who loses a sheep. Now the shepherd’s flock numbered one hundred. One sheep is lost and so its value is one hundredth.

The second parable is about a woman who loses a silver coin. Now the woman had ten coins. One coin is lost and so its value is one tenth.

The last parable is about a man who has two sons. Now the youngest son chooses to leave home, with his inheritance and goes to a far country. This son is lost and so his value is half of the man’s family.

It would be sad if the shepherd could not find the lost sheep. Certainly he could obtain another sheep, but it would not exactly replace the one that was lost. Those who are pet owners know how valuable and special their pets are. When a pet dies the pet owner may choose to get another pet, but it will not be exactly like the one lost even though it is the same breed, has the same coloring and similar disposition.

It would be sad if the woman had been unable to find her lost coin. Likewise she could get another coin to complete her set of ten coins. Of the three examples the lost coin is truly that which is replaceable!

It would have been tragic if the young man had not returned home. Each child is a precious gift from God and he or she is like no other. Each person is irreplaceable! When a parent loses a child even though the parent has other children, the one that is lost can never be replaced and other children can never take that one’s place. The message of this last parable is each person is a unique child of God and can never be replaced. It is wonderful to know how much God loves each one of us.

Loving God, we thank You that Jesus told us wonderful stories that illustrated how much You love and care for us. Help us to remember how precious each one of us is to You. In the name of Christ, we pray. Amen.