A Good (and Godly) Group 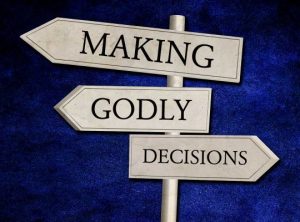 In the middle section of the Acts of the Apostles, we find that the Holy Spirit comes upon Gentiles, and they too become believers in Jesus Christ. While this confused some good law-abiding Jews like Peter (who had thought that God considered Gentiles unclean), Peter and the other leaders of the church needed to discuss and decide what to do about God’s gracious actions. We find part of that story being told in Acts chapter 15:

Then certain individuals came down from Judea and were teaching the brothers, “Unless you are circumcised according to the custom of Moses, you cannot be saved.” And after Paul and Barnabas had no small dissension and debate with them, Paul and Barnabas and some of the others were appointed to go up to Jerusalem to discuss this question with the apostles and the elders. So they were sent on their way by the church, and as they passed through both Phoenicia and Samaria, they reported the conversion of the Gentiles, and brought great joy to all the believers. When they came to Jerusalem, they were welcomed by the church and the apostles and the elders, and they reported all that God had done with them. But some believers who belonged to the sect of the Pharisees stood up and said, “It is necessary for them to be circumcised and ordered to keep the law of Moses.”

The apostles and the elders met together to consider this matter. After there had been much debate, Peter stood up and said to them, “My brothers, you know that in the early days God made a choice among you, that I should be the one through whom the Gentiles would hear the message of the good news and become believers. And God, who knows the human heart, testified to them by giving them the Holy Spirit, just as he did to us; and in cleansing their hearts by faith he has made no distinction between them and us. Now therefore why are you putting God to the test by placing on the neck of the disciples a yoke that neither our ancestors nor we have been able to bear? On the contrary, we believe that we will be saved through the grace of the Lord Jesus, just as they will.”

The whole assembly kept silence, and listened to Barnabas and Paul as they told of all the signs and wonders that God had done through them among the Gentiles. After they finished speaking, James replied, “My brothers, listen to me. Simeon has related how God first looked favorably on the Gentiles, to take from among them a people for his name. This agrees with the words of the prophets, as it is written,

‘After this I will return,
and I will rebuild the dwelling of David, which has fallen;
from its ruins I will rebuild it,
and I will set it up,
so that all other peoples may seek the Lord—
even all the Gentiles over whom my name has been called.
Thus says the Lord, who has been making these things known from long ago.’

Therefore I have reached the decision that we should not trouble those Gentiles who are turning to God, 20 but we should write to them to abstain only from things polluted by idols and from fornication and from whatever has been strangled and from blood. For in every city, for generations past, Moses has had those who proclaim him, for he has been read aloud every sabbath in the synagogues.

Then the apostles and the elders, with the consent of the whole church, decided to choose men from among their members and to send them to Antioch with Paul and Barnabas. They sent Judas called Barsabbas, and Silas, leaders among the brothers, with the following letter: “The brothers, both the apostles and the elders, to the believers of Gentile origin in Antioch and Syria and Cilicia, greetings. Since we have heard that certain persons who have gone out from us, though with no instructions from us, have said things to disturb you and have unsettled your minds, we have decided unanimously to choose representatives and send them to you, along with our beloved Barnabas and Paul, who have risked their lives for the sake of our Lord Jesus Christ. We have therefore sent Judas and Silas, who themselves will tell you the same things by word of mouth. For it has seemed good to the Holy Spirit and to us to impose on you no further burden than these essentials: that you abstain from what has been sacrificed to idols and from blood and from what is strangled and from fornication. If you keep yourselves from these, you will do well. Farewell.”
Acts 15

This was a pretty dramatic development in the church of Jesus Christ. And the leaders, “the apostles and elders”, a good and godly group in Jerusalem weighed the evidence, prayerfully addressed the situation, and then made a pronouncement that was prefaced with an incredible statement:

We should all take a page from Acts 15 as we make decisions in the church and in our own lives. We should study God’s word, and we should be in conversation with other believers about what God is showing them about faith. And then, prayerfully, we should be ready to say “It has seemed good to the Holy Spirit and to us….”

Dear God, speak to me so that I may hear. Let me take time to be sensitive to the leading of Your Spirit, so that my words and actions may resemble those of Jesus, my Lord and Savior Jesus, in whose name I pray. Amen.