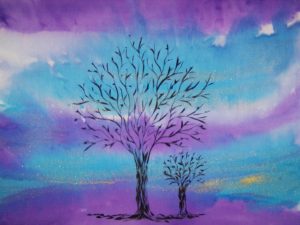 A good name is to be chosen rather than great riches.
Proverbs 22:1 (NRSV)

She was a staunch leader of the church I served in Virginia. She had served as an elder, although by the time I went there as pastor, having attained the age of 70, she refused to serve as an active elder any longer, handing on the reins of leadership to a younger generation. She served on the Pastor-Parish Committee, and with her contacts in the small town, she had her finger on the pulse of the community. She kept me posted on the health and the happenings of church members as well people within the community.

Her name was Sue. Her maiden name was Lancaster. She was a native Virginian, having grown up in Ashland. A favorite expression she used was: “Such a time as we do have!”

One story I remember that Sue told me was about her inheritance. Her father was dying and he called Sue and her brothers together. He told them that he did not have great wealth to hand down to them, although I believe the family had lived a comfortable life. Sue related that he told his children what he was passing onto them. He left them with a good name. No scandal was associated with their family name.

In addition to this inheritance, he had seen to it that his children received a good education which included them graduating from high school and college. Last, he had seen to it that his children were nurtured in the Christian faith and brought up in the Presbyterian Church since they were of Scottish lineage. Sue’s father maintained that this inheritance of a good name, a good education and having been nurtured in the faith; was one that could not be taken from them. In her wisdom Sue acknowledged that God had richly blessed her with this inheritance she received from her father. A great story!

Holy God, we thank You for our families and for the names of our ancestors. Help us to preserve the good name of our families so that part of our children’s inheritance is, just that, a good name. Help us to realize and appreciate the value of that good name and that, it is indeed, worth more than vast riches. In the name of Jesus Christ, we pray. Amen.