A Guiding Principle for Life 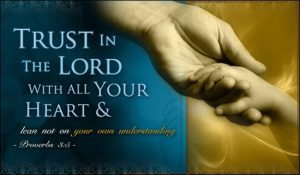 Trust in the Lord with all your heart, and do not rely on your own insight. In all your ways acknowledge him, and he will make straight your paths. Proverbs 3:5-6

Those verses were cherished by my great aunt, Mary Ruth Harvey Garner. Mary, my paternal grandfather’s sister, was thirteen years his junior. She was eleven years older than my father and since she and her husband, Thurston, had no children, they were very close to the Harvey family. She worked for years in secretarial and bookkeeping positions and spent a long tenure with Sears.

From her baptism as a young teenager on she was a faithful disciple of Jesus Christ. She began teaching Sunday school when she was 16 years old and she continued this practice for the rest of her life. She was devoted to her church, Tabernacle Baptist Church in Union, South Carolina. She sang for many years in the Chancel Choir. She also served for many years as the Church Historian and attended the Keenagers Club. Outside of her church activities, she enjoyed baking, knitting and doing ceramics. She lived to be 90 and at the time of her death, she was still teaching an older adult women’s Sunday school class.

She had set something of a record by having taught Sunday school for 74 years. She was interviewed for an article in the local newspaper and she cited Proverbs 3:5-6 as having served as a guiding principle of her life. I was not surprised as I had heard her mention those verses on several occasions and how important they were to her.

Throughout Mary’s life she had experienced some health problems, had her share of disappointments and sorrows, and had endured some challenges and struggles. Mary and my uncle, Thurston, who was a police officer, did not make lots of money in their working years, but they enjoyed a contented life in a modest home. By trusting in the Lord and not relying on her own insight, and by acknowledging the Lord in all her ways, God had made straight her path. She had found a guiding principle for life. From my observation of her life, I would say that she had stored up treasures for herself in heaven and I trust the rewards that were awaiting her exceeded everything that this world could ever have offered.

I do believe that guiding principle for life found in Proverbs 3 served her well. “Trust in the Lord with all your heart, and do not rely on your own insight. In all your ways acknowledge him, and he will make straight your paths.”