A Light in the Night 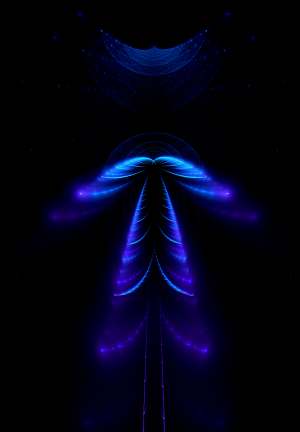 What’s your favorite time of the 24 hour cycle – day or night? I have met people who love the early morning and who want to beat the sun up, and also those night-owls who think that life really begins after dark. But most people I have known act as if the middle of the night (that time between 3 AM and 5 AM let’s say) is a time for sleeping. And when that sleep is disrupted, they are disturbed.

With that in mind, I am amazed at the multiple stories in the scriptures where God uses that precious sleep time to speak to God’s people. And when God disturbs their sleep, they are excited rather than annoyed. We find one of those occasions in Acts 12.

About that time King Herod laid violent hands upon some who belonged to the church. He had James, the brother of John, killed with the sword. After he saw that it pleased the Jews, he proceeded to arrest Peter also. (This was during the festival of Unleavened Bread.) When he had seized him, he put him in prison and handed him over to four squads of soldiers to guard him, intending to bring him out to the people after the Passover. While Peter was kept in prison, the church prayed fervently to God for him.

The very night before Herod was going to bring him out, Peter, bound with two chains, was sleeping between two soldiers, while guards in front of the door were keeping watch over the prison. Suddenly an angel of the Lord appeared and a light shone in the cell. He tapped Peter on the side and woke him, saying, “Get up quickly.” And the chains fell off his wrists. The angel said to him, “Fasten your belt and put on your sandals.” He did so. Then he said to him, “Wrap your cloak around you and follow me.” Peter went out and followed him; he did not realize that what was happening with the angel’s help was real; he thought he was seeing a vision. After they had passed the first and the second guard, they came before the iron gate leading into the city. It opened for them of its own accord, and they went outside and walked along a lane, when suddenly the angel left him. Then Peter came to himself and said, “Now I am sure that the Lord has sent his angel and rescued me from the hands of Herod and from all that the Jewish people were expecting.” Acts 12:1-11

The scripture continues to tell of how Peter went to a house where the other followers of Jesus were praying through the night for him, and how they were surprised and joyful over this wonderful nighttime deliverance.

I wonder if I might be able to view an occasional sleepless night as an opportunity for God to speak to me? When I am awakened in the night, rather than turning on the TV, have I considered taking a little time to talk with God? There may be something special in store. I read a plaque years ago at Stone Mountain Park near Atlanta that read:

“It’s only when it is the darkest – that you can begin to see the dawn.”

God, speak to me. God, let me look for opportunities, day and night, to calm myself long enough to hear what You might say. In Jesus’ name I pray. Amen.