A Living Model of Faith 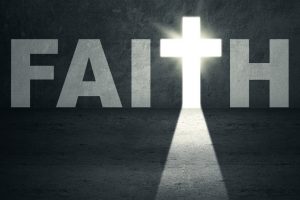 When Jesus heard this He was amazed at him, and turning to the crowd that followed Him, He said, “I tell you not even in Israel have I found such faith.”
Luke 7:9
Continue reading Luke 7:2-10

In the devotional on Luke 6:46-49, we saw Jesus liken someone who comes to Him, hears His words and acts on them to a person who digs deep and lays the foundation of his house on rock. Jesus has now entered Capernaum and a crowd continues to follow Him. We are now about to encounter a living model of faith and believe it or not, this living model of faith is not a Jew!

In Capernaum, a centurion has a slave whom he highly values. The slave has become ill and is close to death. Upon learning of Jesus, the centurion sends some Jewish elders to Jesus asking Him to come and heal his slave. The Jewish elders present the appeal to Jesus and then affirm his goodness. The centurion loves the Jewish people and he helped to build their synagogue.

Jesus goes with them to the Centurion’s house, but before they reach their destination, the centurion sends some friends after having reconsidered his request as he did not want to trouble Jesus. He admits that he is not worthy of Jesus coming under his roof. He suggests that Jesus speak the word and his servant will be healed. He bases this conviction on his experience of being in authority over others. He bids them go and thy go; come and they come; and do this and they do it.”

Jesus’ reaction is one of amazement at the centurion. Jesus turns and faces the crowd and says, “I tell you not even in Israel have I found such faith.” Imagine that a Gentile, a centurion in the Roman army exhibits greater faith than the Jews. Once this party returned to the centurion’s house, they found the slave in good health, presumably because Jesus had spoken the word and the request was granted. Is your faith as great as the centurion’s? Is Jesus amazed at your faith?

Dear God, the scriptures provide us with stories of persons of great faithfulness and stories of those whose faith has dwindled in crises, whose faith has faltered when their will was not in accord with God’s will, and who could not muster the faith needed for the challenges of the day. Give us courage and strength so that we exhibit faith that would please and amaze our Lord and Savior, Jesus Christ, in whose name, we pray. Amen.