A Name – A Person – A Life Story: Keep on Keeping On 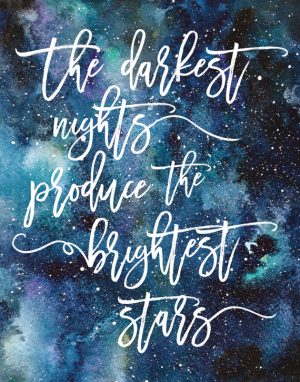 Some time after this, the cupbearer of the king of Egypt and his baker offended their lord the king of Egypt. Pharaoh was angry with his two officers, the chief cupbearer and the chief baker, and he put them in custody in the house of the captain of the guard, in the prison where Joseph was confined. The captain of the guard charged Joseph with them, and he waited on them; and they continued for some time in custody. One night they both dreamed—the cupbearer and the baker of the king of Egypt, who were confined in the prison—each his own dream, and each dream with its own meaning. When Joseph came to them in the morning, he saw that they were troubled. So he asked Pharaoh’s officers, who were with him in custody in his master’s house, “Why are your faces downcast today?” They said to him, “We have had dreams, and there is no one to interpret them.” And Joseph said to them, “Do not interpretations belong to God? Please tell them to me.”

So the chief cupbearer told his dream to Joseph, and said to him, “In my dream there was a vine before me, and on the vine there were three branches. As soon as it budded, its blossoms came out and the clusters ripened into grapes. Pharaoh’s cup was in my hand; and I took the grapes and pressed them into Pharaoh’s cup, and placed the cup in Pharaoh’s hand.” Then Joseph said to him, “This is its interpretation: the three branches are three days; within three days Pharaoh will lift up your head and restore you to your office; and you shall place Pharaoh’s cup in his hand, just as you used to do when you were his cupbearer. But remember me when it is well with you; please do me the kindness to make mention of me to Pharaoh, and so get me out of this place. For in fact I was stolen out of the land of the Hebrews; and here also I have done nothing that they should have put me into the dungeon.”

When the chief baker saw that the interpretation was favorable, he said to Joseph, “I also had a dream: there were three cake baskets on my head, and in the uppermost basket there were all sorts of baked food for Pharaoh, but the birds were eating it out of the basket on my head.” And Joseph answered, “This is its interpretation: the three baskets are three days; within three days Pharaoh will lift up your head—from you!—and hang you on a pole; and the birds will eat the flesh from you.”

In our previous installment, we read about how Joseph did what was right, and then he was thrown into prison. (No good deed goes unpunished?) That theme may seem to be posted in bold letters in the story in Genesis 40. There in prison, Joseph just keeps doing what he has been given the gifts to do. He gained some responsibility for his fellow prisoners, and he told people of his familiarity with dreams. Joseph helped the butler and the baker make sense of their strange dreams, and only asked for a little consideration in return. Instead he was forgotten.

This may the lowest point in the Joseph story. But he keeps on keeping on. He doesn’t give up. Joseph just waits for the next day and what it might bring. I once read an inscription on a monument in Stone Mountain Park near Atlanta. The words have stuck with me — “It is only when the night is the darkest that you can see the stars.” And after the stars go to bed for the night, there is usually another day.

Be with me in the darkest times, dear God, so that I can wait patiently for the dawning of the next day in the life You are giving me. Amen.