A Pass It On: Frederick Buechner 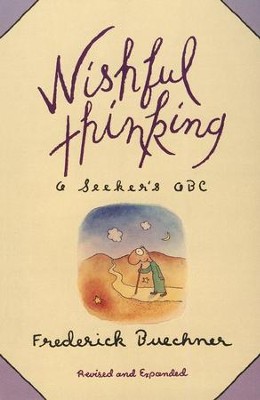 8 They heard the sound of the Lord God walking in the garden at the time of the evening breeze, and the man and his wife hid themselves from the presence of the Lord God among the trees of the garden. 9 But the Lord God called to the man, and said to him, “Where are you?” 10 He said, “I heard the sound of you in the garden, and I was afraid, because I was naked; and I hid myself.” 11 He said, “Who told you that you were naked? Have you eaten from the tree of which I commanded you not to eat?” 12 The man said, “The woman whom you gave to be with me, she gave me fruit from the tree, and I ate.”

Frederick Buechner (pronounced BEEK-ner) is an American writer and theologian. He is the author of more than thirty published books and has been an important source of inspiration and learning for many readers. His work encompasses many genres, including fiction, autobiography, essays, sermons, and other nonfiction. Buechner’s books have been translated into twenty-seven languages for publication around the world. Buechner’s writing has often been praised for its ability to inspire readers to see the grace in their daily lives.

In his book Wishful Thinking: A Theological ABC, Buechner offers this definition of “sin.”

THE POWER OF SIN IS CENTRIFUGAL. When at work in a human life, it tends to push everything out toward the periphery. Bits and pieces go flying off until only the core is left. Eventually bits and pieces of the core itself go flying off until in the end nothing at all is left. “The wages of sin is death” is Saint Paul’s way of saying the same thing.

Other people and (if you happen to believe in God) God or (if you happen not to) the world, society, nature—whatever you call the greater whole of which you’re part—sin is whatever you do, or fail to do, that pushes them away, that widens the gap between you and them and also the gaps within your self. …….

Original sin means we all originate out of a sinful world, which taints us from the word go. We all tend to make ourselves the center of the universe, pushing away centrifugally from that center everything that seems to impede its freewheeling. More even than hunger, poverty, or disease, it is what Jesus said he came to save the world from.

God, help me to hold things together today as I do my best to cultivate healthy relationships with You and others. As I try to make things whole, make me whole and happy as a follower of Jesus Christ, my Lord and Savior, in whose name I pray, Amen.