A Prophetic Word from Joel 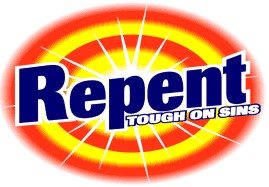 One of the twelve Old Testament books that we often refer to as “The Minor Prophets” bears the name Joel.

Joel was the son of Pethuel. He lived in a period of time (around 350 BC) when the people of God had been disobedient, and had turned theirs back on their Creator. After a locust plague had ravished the country, Joel was given a word from God, and he told his fellow Jews that this plague was God’s judgment on the people, and a call for them to repent.

The message of many of the biblical prophets is a call for the people to repent (to turn around from their destructive ways and to turn again to God.) One of Joel’s most repeated verses is often used in Judeo/Christian worship services as a call to confession and repentance:

Return to the Lord, your God,
for he is gracious and merciful,
slow to anger, and abounding in steadfast love,
and relents from punishing.
Joel 2:13

Has there been some event in your life that has made you reconsider some of your disobedient and faithless actions? Is it time to consider returning to the Lord your God? God is gracious and merciful, slow to anger and abounding in steadfast love. That sounds like a welcoming place to go.

Dear God, remind me how to walk to path to Your presence, through my living and loving Lord Jesus, in whose name I pray. Amen.