A Prophetic Word from Zechariah 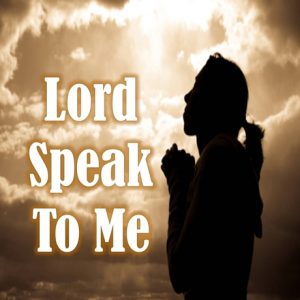 One of the twelve Old Testament books that we often refer to as “The Minor Prophets” bears the name Zechariah.

Zechariah joined Haggai in encouraging the newly restored people of God to rebuild the Temple in Jerusalem. This outward focus is helpful for people who can be tempted to place too much concern on themselves. Zechariah is also a prophet who is remembered for having the word of the Lord revealed to him in a series of eight “night visions.”

On the twenty-fourth day of the eleventh month, the month of Shebat, in the second year of Darius, the word of the Lord came to the prophet Zechariah son of Berechiah son of Iddo; and Zechariah said, In the night I saw a man riding on a red horse! He was standing among the myrtle trees in the glen; and behind him were red, sorrel, and white horses. Then I said, “What are these, my lord?” The angel who talked with me said to me, “I will show you what they are.” So the man who was standing among the myrtle trees answered, “They are those whom the Lord has sent to patrol the earth.” Then they spoke to the angel of the Lord who was standing among the myrtle trees, “We have patrolled the earth, and lo, the whole earth remains at peace.” Then the angel of the Lord said, “O Lord of hosts, how long will you withhold mercy from Jerusalem and the cities of Judah, with which you have been angry these seventy years?” Then the Lord replied with gracious and comforting words to the angel who talked with me. So the angel who talked with me said to me, Proclaim this message: Thus says the Lord of hosts; I am very jealous for Jerusalem and for Zion. And I am extremely angry with the nations that are at ease; for while I was only a little angry, they made the disaster worse. Therefore, thus says the Lord, I have returned to Jerusalem with compassion; my house shall be built in it, says the Lord of hosts, and the measuring line shall be stretched out over Jerusalem. Proclaim further: Thus says the Lord of hosts: My cities shall again overflow with prosperity; the Lord will again comfort Zion and again choose Jerusalem.
Zechariah 1:7-17

The night visions continued: four horns and four smiths, a man going to measure Jerusalem, a golden lamp stand and two olive tress …). That’s how the Lord spoke to Zechariah.

Some Christians over the generations have heard God speak to them at night, in dreams and visions. The Bible and the history of our faith give us evidence of these nighttime encounters. I remember someone telling me, as they were preparing to make a big decision that “They needed to consult their pillow.” Prayers, dreams, and visions can be found in the quiet moments the night offers.

Dear Lord speak to me in ways that I may hear. Keep me attentive to Your Word, day and night. In Jesus’ name I pray. Amen