A Prophetic Word from Zephaniah 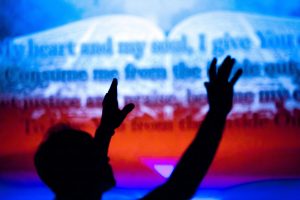 One of the twelve Old Testament books that we often refer to as “The Minor Prophets” bears the name Zephaniah.

Early in the reign of King Josiah (around 640 BC) the Hebrew people of God had allowed their faith to become not much more than superstitious practice. They had borrowed elements from Baalism (a Canaanite nature/fertility religion). They were accepting of any and all thought, and didn’t give much thought to God Almighty, their Creator, Redeemer, Sustainer. God had decided to rectify the situation:

At that time I will search Jerusalem with lamps, and I will punish the people who rest complacently on their dregs, those who say in their hearts, “The Lord will not do good, nor will he do harm.” Their wealth shall be plundered, and their houses laid waste. Though they build houses, they shall not inhabit them; though they plant vineyards, they shall not drink wine from them. The great day of the Lord is near, near and hastening fast; the sound of the day of the Lord is bitter, the warrior cries aloud there.

That day will be a day of wrath, a day of distress and anguish, a day of ruin and devastation, a day of darkness and gloom, a day of clouds and thick darkness, a day of trumpet blast and battle cry against the fortified cities and against the lofty battlements. I will bring such distress upon people that they shall walk like the blind; because they have sinned against the Lord, their blood shall be poured out like dust, and their flesh like dung.

Neither their silver nor their gold will be able to save them on the day of the Lord’s wrath; in the fire of his passion the whole earth shall be consumed; for a full, a terrible end he will make of all the inhabitants of the earth.
Zephaniah 1:12-18

But then, there was reform. As the Temple was being rebuilt, King Josiah discovered a scroll in the walls. The scroll contained the Book of Deuteronomy. And reading again from the Word of God sparked Josiah’s Reformation of the Faith. The people rediscovered God in the Word, and this discovery sparked faith, belief, and a renewed relationship with God Almighty.

God knew this reform would come. God hinted at it even in Zephaniah:

For I will leave in the midst of you a people humble and lowly. They shall seek refuge in the name of the Lord— the remnant of Israel;
they shall do no wrong and utter no lies, nor shall a deceitful tongue be found in their mouths. Then they will pasture and lie down, and no one shall make them afraid. Sing aloud, O daughter Zion; shout, O Israel!

Rejoice and exult with all your heart, O daughter Jerusalem! The Lord has taken away the judgments against you, he has turned away your enemies. The king of Israel, the Lord, is in your midst; you shall fear disaster no more. On that day it shall be said to Jerusalem: Do not fear, O Zion; do not let your hands grow weak. The Lord, your God, is in your midst, a warrior who gives victory; he will rejoice over you with gladness, he will renew you in his love; he will exult over you with loud singing as on a day of festival. I will remove disaster from you, so that you will not bear reproach for it. I will deal with all your oppressors at that time. And I will save the lame
and gather the outcast, and I will change their shame into praise and renown in all the earth. At that time I will bring you home, at the time when I gather you; for I will make you renowned and praised among all the peoples of the earth ,when I restore your fortunes before your eyes, says the Lord.
Zephaniah 3:12-20

Dear God, keep me regularly in Your Word, so that I may know the plan that You have for me, as one saved and loved by Jesus Christ my Lord, in whose name I pray. Amen.