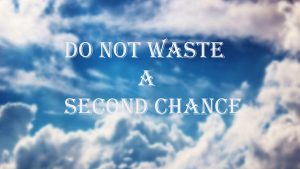 3 The word of the LORD came to Jonah a second time, saying, “Get up, go to Nineveh, that great city, and proclaim to it the message that I tell you.” So Jonah set out and went to Nineveh, according to the word of the LORD. Now Nineveh was an exceedingly large city, a three days’ walk across. Jonah began to go into the city, going a day’s walk. And he cried out, “Forty days more, and Nineveh shall be overthrown!” And the people of Nineveh believed God; they proclaimed a fast, and everyone, great and small, put on sackcloth.

When the news reached the king of Nineveh, he rose from his throne, removed his robe, covered himself with sackcloth, and sat in ashes. Then he had a proclamation made in Nineveh: “By the decree of the king and his nobles: No human being or animal, no herd or flock, shall taste anything. They shall not feed, nor shall they drink water. Human beings and animals shall be covered with sackcloth, and they shall cry mightily to God. All shall turn from their evil ways and from the violence that is in their hands. Who knows? God may relent and change his mind; he may turn from his fierce anger, so that we do not perish.”

When God saw what they did, how they turned from their evil ways, God changed his mind about the calamity that he had said he would bring upon them; and he did not do it.
Jonah 3

The picture we find of Jonah in chapter three of the biblical book that bears his name is about God giving Jonah a second chance.

The Lord had spoken to the whale (of course God did) and the whale vomited Jonah out on the dry land. Jonah got a second chance, and he took it. He went right to Nineveh, and he told them to get right with God, because God might still be in a forgiving mood. And they did it. From the king down to the cows they repented. It went just as God had planned. Jonah could have been discarded or replaced. Instead he was recycled. God gives second chances.

God, thank You for sticking with me even when I have not always stuck with You. Give me the wisdom to recognize a second chance to love and serve as You instruct. Amen.