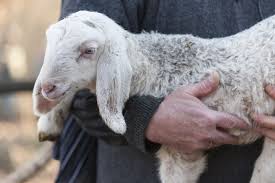 In the course of time Cain brought to the Lord an offering of the fruit of the ground, and Abel for his part brought of the firstlings of the flock, their fat portions. And the Lord had regard for Abel and his offering.
Genesis 4:3-4

My paternal grandfather, Papa, was a gardener and a fine one at that. He planted bell peppers, black eyed peas, Silver Queen corn, Half Runner green beans, lima beans, okra, onions, potatoes, Big Boy yellow crookneck squash, tomatoes, turnip greens and my favorite English or green peas. The green pea plants never produced as much as other plants in the garden, but Papa and Mama always made certain that I had some of the first of the crop. On occasions when the pea plants seemingly produced even less, my grandmother would add onions and perhaps thicken the vegetable so we would have more. The “first” fruits of the pea plants were always the best and tasted so good.

In today’s scripture lesson we are introduced to Cain and his younger brother, Abel, both sons of Adam and Eve. The brothers were both in the “Agriculture” business with Abel tending sheep while Cain tilled the ground. In the spring when the lambs were born, Abel brought the first of his flock to present as an offering to the Lord. Cain brought an offering of the fruit of the ground to the Lord. The adjective “first” is notably absent when describing Cain’s gift. Though we do not know for sure Cain’s gifts might have been brought at the end of the season when the fruit is not as good. His fruits might have been gleaned rather than harvested from the field. Then we learn that the Lord had regard for Abel’s offering, but the Lord had no regard for Cain’s.

Cain became quite jealous. His jealousy festered into full blown anger. Cain blamed Abel for “being on the outs” with God. He did not see what was so “special” about Abel’s gift. Was not tilling the ground just as honorable work as tending sheep? Cain was displeased, upset and determined “to get” his brother. He never questioned the goodness of his gift to the Lord. May our giving to God always be “off the top” or “the firsts,” which represent the best we have to offer.

As Those of Old Their First Fruits Brought of vineyard, flock and field
to God the giver of all good, the source of bounteous yield
so we today our first fruits bring, the wealth of this good land:
of farm, and market, shop and home, of mind and heart and hand.
Frank von Christierson, 1960.