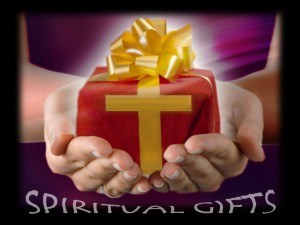 For by grace you have been saved through faith, and this is not your own doing; it is the gift of God — .  Ephesians 2:8 NRSV

There have been two people that impressed upon me the importance of accepting God’s gift of grace.  The first was Dr. David A. Long, who was at the time (October 1976) serving as the pastor of First Presbyterian Church in Boone, North Carolina.  After having graduated from the University of North Carolina at Greensboro in May 1976, I had taken a job with a restaurant in Boone.  Having been restless in the Baptist church for some time and having felt drawn to the Presbyterian church, I decided to change church denominations.  It was not an easy decision as all members of my family were Baptists.  Dr. Long and a couple of elders came to meet with me at my apartment to examine me for membership.  Dr. Long brought a small book on Presbyterianism  and he also gave me a dime that I later taped in the book.  The dime was used as a teaching tool to emphasize the importance of accepting God’s grace as a gift … something I did not deserve and something I could not earn.  I could only accept God’s gift of salvation through faith.

The second was Dr. Hubert Vance Taylor, a retired seminary professor who was called back to teach Introduction to Ministry to a small group of seminarians.  It was my first semester and Dr. Taylor was rather intimidating.  We were in class one day and we were discussing ourselves and our future role as ministers.  I said something to the effect that I would have to work on something … to strive to improve.  Obviously, he had heard those words come out of my mouth one too many times!  He came up behind me and grabbed me by the scruff of my neck and said, “Oh, Alan … yes, you’ve got to work on that!”  I suppose that he felt that I was not relying enough on the grace of God and that I was trying to earn or work out my salvation.  Everyone’s eyes were now focused on us and I was embarrassed.  Dr. Taylor got his point across and I have remembered that lesson.  In time I saw that Dr. Taylor exhibited a rough exterior, but we became friends … so much so that I even chose to take a course from him that helped me with my public speaking and sermon delivery.

Gracious God, we give thanks for all those persons who have helped us to appreciate Your gift of grace.  Help us to accept this gift and to help others claim this gift too.  In Jesus’ name, we pray.  Amen.  Amen.