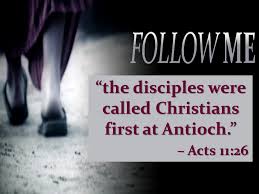 Probably from the “dawn” of television there have been game shows testing people’s knowledge of a variety of subjects. From the movie Quiz Show we know that on occasion popular contestants were given the answers so that they could remain on the show and once this practice was discovered there was quite a scandal.

One game show that has stood the test of time is Jeopardy. One contestant Ken Jennings remained the champion of Jeopardy for 75 episodes. Just last week he appeared on a limited series entitled 500 Questions and was eliminated in the first round. Naturally I suspect most people thought Ken would excel at 500 Questions as he had done at Jeopardy and to add insult to injury he was defeated by one whom he had defeated during his reign as champion on that program. Champions will always face a challenger and sooner or later he or she will be asked a question that he or she does not know and cannot offer a lucky guess. In our scripture reading today there is just such a fascinating piece of trivia that we could easily imagine becoming a question on Jeopardy.

Alex: Disciples/Followers of Jesus Christ were first called Christians in this city.

Contestant: What is Antioch?

That’s a great trivia question! Other than disciples or followers of Jesus Christ, they had acquired another name that bore reference to one of Jesus’ “I am” sayings, as found in the Gospel of John. (14:6) Disciples or followers of Jesus were described as belonging to the way. In Acts 9, the story of Saul’s conversion, we learn that he had gone to Damascus in search of any belonging to The Way. Now in Acts 11:26 we learn that the disciples or followers of Jesus Christ, after having been under the tutelage of Barnabas and Saul for a year, are given the name, Christians. Certainly as they learned more about Jesus Christ they must have identified themselves with Him. Perhaps by their words and actions others may have come to identify them with what they had heard about Christ. The name fit them and stuck with them. So the bottom line is there is much more at stake here than a trivia question! The questions for us are: Do others see Christ living in me? Do my words and actions reveal that I am a disciple/follower of Jesus Christ?

O Lord, thank You for bestowing Your name upon me. Grant that I may never besmirch the name Christian by the words I speak and the actions I do. In Your name, I pray. Amen.