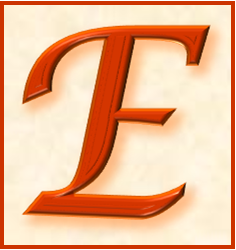 I am thankful for my elders.

5 Now as an elder myself and a witness of the sufferings of Christ, as well as one who shares in the glory to be revealed, I exhort the elders among you 2 to tend the flock of God that is in your charge, exercising the oversight,[a] not under compulsion but willingly, as God would have you do it[b]—not for sordid gain but eagerly. 3 Do not lord it over those in your charge, but be examples to the flock. 4 And when the chief shepherd appears, you will win the crown of glory that never fades away. 5 In the same way, you who are younger must accept the authority of the elders.[c] And all of you must clothe yourselves with humility in your dealings with one another, for

“God opposes the proud,
but gives grace to the humble.”

6 Humble yourselves therefore under the mighty hand of God, so that he may exalt you in due time.

I was brought up being told to “respect my elders.” Now that I have joined the sixty club, I hope the youngsters are still being taught that lesson. In his New Testament letter, Peter was probably referring to office rather than age when he mentioned elders. I am grateful for those who are either older than me, and who have acquired knowledge in faith, and for those who have accepted the designation in the church of Jesus Christ as an elder at whatever age.

I thank God for those who use their gifts to tend the flock and exercise oversight in Christ’s church. As I work alongside elders on our Session, I praise God for how these women and men serve the Lord eagerly. We are blessed as a church because of our elders.

Help me. God, at whatever age I find myself, to respect the authority of those you have called to lead in Christ’s church. Let your glory be revealed as we work together, as younger and older disciples of our Lord and Savior, Jesus, in whose name we pray. Amen.