An Alphabet of Gratitude: T 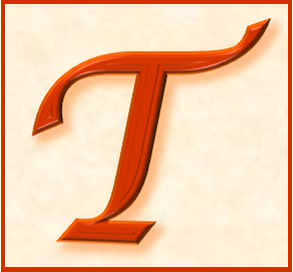 I am thankful for tables.

28 As they approached the village to which they were going, Jesus continued on as if he were going farther. 29 But they urged him strongly, “Stay with us, for it is nearly evening; the day is almost over.” So he went in to stay with them.

30 When he was at the table with them, he took bread, gave thanks, broke it and began to give it to them. 31 Then their eyes were opened and they recognized him, and he disappeared from their sight. 32 They asked each other, “Were not our hearts burning within us while he talked with us on the road and opened the Scriptures to us?”

33 They got up and returned at once to Jerusalem. There they found the Eleven and those with them, assembled together 34 and saying, “It is true! The Lord has risen and has appeared to Simon.” 35 Then the two told what had happened on the way, and how Jesus was recognized by them when he broke the bread.

My happy place in life is an office supplies store. If you asked me to describe heaven, it would be having that array of pens, markers, desk organizers, and chairs to endlessly peruse. And boy, the comfort of a large table to spread all my work out on! Heaven, pure heaven.

I am also thankful for the comfort to gather around a table with friends or family, maybe a meal, maybe not and just check in. At a table, I can see someone eye to eye, laugh, cry, share a smile and share life in ways that makes memories. At such tables, we can chat about shared memories and remember when, but we also dream of where we are going or what is next. It’s so uniquely human to gather around tables and offer hospitality around them to connect. I’ve also enjoyed being at restaurants that made a part of its atmosphere the possibility of sharing your table. You and a friend gather on one end of a larger table shared with strangers, who, by the end of the night, are friends. Enjoying a meal around a table marked an important part of Jesus’ ministry too. Something happened around that table, as Jesus broke the bread and the disciples then recognized him. I am always grateful to pull up a chair and gather with others around a table.

There’s a famous parable, often attributed to a Rabbi Haim of Romshiskok, called the Parable of the Long Spoons that also happens around tables and it goes like this:

One day a man said to God, “God, I would like to know what Heaven and Hell are like.”

God showed the man two doors. Inside the first one, in the middle of the room, was a large round table with a large pot of vegetable stew. It smelled delicious and made the man’s mouth water, but the people sitting around the table were thin and sickly. They appeared to be famished. They were holding spoons with very long handles and each found it possible to reach into the pot of stew and take a spoonful, but because the handle was longer than their arms, they could not get the spoons back into their mouths.

The man shuddered at the sight of their misery and suffering. God said, “You have seen Hell.”

Behind the second door, the room appeared exactly the same. There was the large round table with the large pot of wonderful vegetable stew that made the man’s mouth water. The people had the same long-handled spoons, but they were well nourished and plump, laughing and talking.

The man said, “I don’t understand.”

God smiled. “It is simple,” God said, “love only requires one skill. These people learned early on to share and feed one another. While the greedy only think of themselves…”

Loving God, you’ve gathered us around the table in places of welcome and gifts to share. May we in pulling up a chair, be grateful for the gift Christ shares and willing to share our gifts with others. In Christ our Redeemer’s name we pray, Amen.