And Just Who Are The Troublemakers? 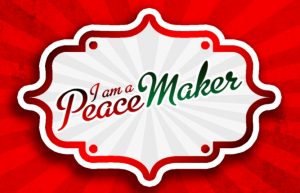 “But when the Jews of Thessalonica learned that the word of God had been proclaimed by Paul in Beroea as well, they came there too, to stir up and incite the crowds.” Acts 17:13 (NRSV)

Paul and Silas came to Thessalonica. Paul goes to the synagogue as was his custom. On three Sabbath days Paul argues with them from the scriptures. (Is Paul a troublemaker because he is arguing his points?)

Paul’s message was simple; that is, to proclaim the suffering, death and resurrection of Jesus, the Messiah. Some of them were persuaded to believe and with those Jewish believers there were also some Greeks and some leading women.

The non-believing Jews become jealous and enlist the help of some ruffians in the marketplace to form a mob and to cause uproar in the city. They search diligently for Paul and Silas, but they cannot find them. They then go after friends of the apostle and any others who might have showed them hospitality.

One of the believers, Jason, is recalled as having shown Paul and Silas hospitality. They drag Jason and some of the believers before the city authorities. They say, “These people who have been turning the world upside down have come here also.” They then appeal saying, “They are all acting contrary to the decrees of the emperor, saying there is another king named Jesus.” The people and the city officials were disturbed upon hearing this. They took bail from Jason and the others, and then let them go.

The believers send Paul and Silas to Beroea and once there they go to the synagogue. The Beroean Jews were more receptive to the apostle’s message than the Thessalonian Jews. They examine the scriptures to see whether the things Paul was saying were so. Many of the Beroean Jews believed, as did Greek women and men of high standing. Word about Paul’s success there gets back to the Thessalonian Jews. They hot foot it to Beroea and are intent to stir up and incite the crowds. The believers immediately send Paul away to the coast and he will go to Athens, where he will await the arrival of Silas and Timothy.

Heavenly Father, You love all of Your children, even those who fail to acknowledge You, who hate You and who disobey You . Through faith in our Lord Jesus Christ, we have become Your children and heirs of Your kingdom. Forgive us of those times when we have acted as troublemakers and by Your Holy Spirit empower us to be the peacemakers You have called us to be.