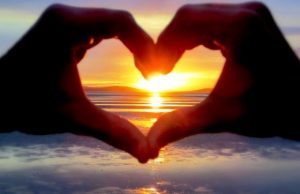 When Dr. Harvey suggested that we spend some time reflecting on the faith of different people mentioned in the pages of scripture, I hadn’t really considered how many times stories are told of centurions.  These people were Roman military officers, and they commanded a certain number of troops (100).  We see a centurion in Acts chapter 27, who is put in charge of a prisoner named Paul.  We are told in Mark chapter 15 that a centurion who was stationed near the cross of Jesus, on witnessing our Lord’s death said “Truly this man was the Son of God.”   And then in Luke chapter 7, we find the story of “another centurion”:

After Jesus had finished all his sayings in the hearing of the people, he entered Capernaum.  A centurion there had a slave whom he valued highly, and who was ill and close to death.  When he heard about Jesus, he sent some Jewish elders to him, asking him to come and heal his slave.  When they came to Jesus, they appealed to him earnestly, saying, “He is worthy of having you do this for him,  for he loves our people, and it is he who built our synagogue for us.”  And Jesus went with them, but when he was not far from the house, the centurion sent friends to say to him, “Lord, do not trouble yourself, for I am not worthy to have you come under my roof;  therefore I did not presume to come to you. But only speak the word, and let my servant be healed.  For I also am a man set under authority, with soldiers under me; and I say to one, ‘Go,’ and he goes, and to another, ‘Come,’ and he comes, and to my slave, ‘Do this,’ and the slave does it.”  When Jesus heard this he was amazed at him, and turning to the crowd that followed him, he said, “I tell you, not even in Israel have I found such faith.”  When those who had been sent returned to the house, they found the slave in good health.
Luke 7:1-10

He was a centurion.  A look at that period in the history books will tell us that he was symbol of Roman power and of the hold that one government held over another and their people. No matter what image that imposing figure evokes for you, we never know what is on the inside.  Thank goodness, God knows.

God, help me to look past what I first see and what I have been told about a person, as I seek to see how you are at work in their lives.  In Jesus’ name I pray.   Amen.