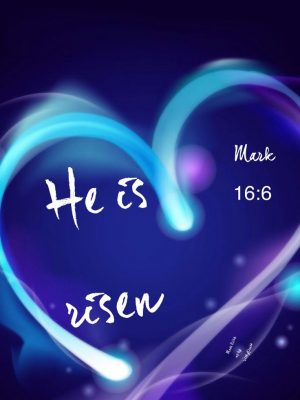 In reflecting on people from the Bible who lived faithful lives, you will soon come to the name Mary. Recently I have shared some reflections on Mary (the sister of Martha and Lazarus), and Mary (the mother of Jesus.) A third Mary who receives a decent amount of attention in the Bible is Mary Magdalene. (A quick search of her name on biblegateway.com yields 13 biblical references.)

It is reported in all four of the Gospels (Matthew, Mark, Luke, and John) that Mary Magdalene was close by Jesus either at the cross or at the empty tomb. Those were dangerous places to show faith, and she was there boldly demonstrating her love for her Lord. In two scriptures, the reason behind such devotion may have been noted:

Soon afterwards [Jesus] went on through cities and villages, proclaiming and bringing the good news of the kingdom of God. The twelve were with him, as well as some women who had been cured of evil spirits and infirmities: Mary, called Magdalene, from whom seven demons had gone out, and Joanna, the wife of Herod’s steward Chuza, and Susanna, and many others, who provided for them out of their resources. Luke 8:1-3

When the sabbath was over, Mary Magdalene, and Mary the mother of James, and Salome bought spices, so that they might go and anoint him. And very early on the first day of the week, when the sun had risen, they went to the tomb. They had been saying to one another, “Who will roll away the stone for us from the entrance to the tomb?” When they looked up, they saw that the stone, which was very large, had already been rolled back. As they entered the tomb, they saw a young man, dressed in a white robe, sitting on the right side; and they were alarmed. But he said to them, “Do not be alarmed; you are looking for Jesus of Nazareth, who was crucified. He has been raised; he is not here. Look, there is the place they laid him. But go, tell his disciples and Peter that he is going ahead of you to Galilee; there you will see him, just as he told you.” So they went out and fled from the tomb, for terror and amazement had seized them; and they said nothing to anyone, for they were afraid. Now after he rose early on the first day of the week, he appeared first to Mary Magdalene, from whom he had cast out seven demons. She went out and told those who had been with him, while they were mourning and weeping. But when they heard that he was alive and had been seen by her, they would not believe it.
Mark 16:1-11

Mary Magdalene was there at the empty tomb. She wouldn’t have been any place else. She loved her Lord so deeply. And why? He had shown his love for her by healing her (casting out seven demons.)

It begs the question of us. Do we love our Lord? Why? What has the Lord Jesus done for us? Saved us? Yes. Claimed us as God’s own? Yes. Transformed us into better people? Yes. What has God done for you in Jesus Christ? In response, do you show your love and devotion to Jesus every day?

Dear God, I have felt Your love for me in my Lord and Savior, Jesus. Help me to show that love as I walk in the path that He has laid down for His loving disciples. Amen.