Another Parable: Found Only in the Gospel of Luke 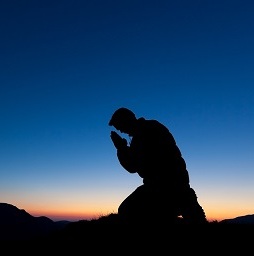 He also told this parable to some who trusted in themselves that they were righteous and regarded others with contempt.
Luke 18:9

Being the son of a pharmacist, I was spared a number of visits to the doctor in that Dad could share my physical problem with the doctor by telephone and he could prescribe something for me. There were three liquid medicines in the cabinet ready to cure what ailed me. One was a dark red, another was emerald green and the last one was a pale lime green. They tasted yucky, but they were medical solutions to resolve three childhood illnesses. I did not like them, but they were good for me. Thank goodness, while these were bad, I understand castor oil and paregoric of a previous generation were worse!

This parable is found only in the Gospel of Luke. At times I feel troubled by this parable because as a pastor I am identified with the “religious establishment” that included the Pharisees. While I may not give voice to being like the Pharisee, who gave thanks to God that he was not like other people – thieves, rogues, adulterers and tax collectors, I, on occasion, have had such thoughts. I also try not to parade the good things I have done.

At other times I feel encouraged by the parable because I know where I rightly belong … in the corner, not lifting up my eyes, pounding on my chest and asking God to be merciful to me, a sinner. As with the Parable of the Prodigal Son, we often see traits of the Prodigal Son and the Elder Brother in each one of us. I think there is a measure of the Pharisee and the repentant tax collector in each one of us too! Perhaps in assessing our situation, we determine “what medicine” we need to take. While it may leave a bad taste in our mouths, it may also be just what the doctor ordered. That bad tasting medicine may be just what we need to restore good health.

Heavenly Father, we do not want to be like the Pharisee, who considered himself better than others and who boasted about his good works! Help us to recognize our kinship to the tax collector so that our prayer is: “God, be merciful to me, a sinner.” Thank You, Lord, for teaching us powerful lessons through simple parables. In Christ’s name, we pray. Amen.