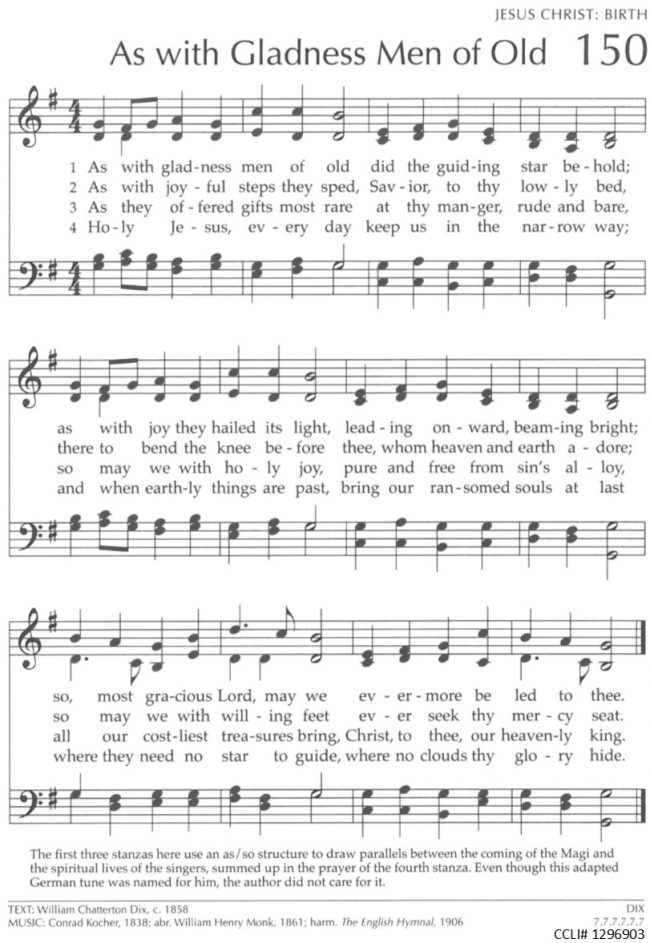 King Hezekiah and the officials commanded the Levites to sing praises to the Lord with the words of David and of the seer Asaph. They sang praises with gladness, and they bowed down and worshiped.

Can you sing a sad song joyfully? I don’ think so!

Can you sing a happy song with a sad face? No!

In our scripture lesson, King Hezekiah commands the priests, the Levites, to sing praises to the Lord with the words of David and the seer Asaph. The Levites were “in sync” as evidenced by them singing praises “with gladness.”

As with Gladness Men of Old is a Christmas/Epiphany hymn. It chronicles the journey of the Magi or Wise Men to present their gifts to the Infant King of the Jews.

With gladness the men of old were guided by the star that would eventually lead them to the whereabouts of the Infant King of the Jews. With joyful steps the men of old hurried to the place where they found the One they sought, and to whom they offered their gifts most rare.

O Lord, help us always to be “in sync” so that our praises are sung with gladness and that we joyfully follow wherever You lead us. In Christ’s name, we pray. Amen.