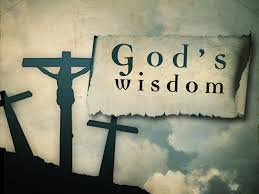 The Lord created me at the beginning of His work, the first of His acts long ago. Proverbs 8:22 (NRSV)

I can’t recall just exactly what the event was, but I will never forget part of the presentation here at First Presbyterian Church. Merry Stewart Borowski gave a remarkable dramatic soliloquy of James Weldon Johnson’s poem The Creation.

And God stepped out in space And said “I’m lonely – I’ll make me a world.”

Between God’s announcement of being lonely and before God’s making of the world, Proverbs 8 tells us that God got busy. Before Day One of creation, God created wisdom . We might equate wisdom with the idea formation … making a world … and the planning stage …just exactly what would go into this world that God would create.

In verse 24 we are told that there were no depths and no springs were abounding with water, but wisdom was there!

In verse 25 no mountains had yet been shaped and no hills were yet brought forth, but wisdom was there!

No fields and no soil, according to verse 26, but wisdom was there!

Before the heavens were established, according to verse 27, wisdom was there!

Before the skies were set above … before assigning the sea its limit … and before marking out the foundations of the earth … wisdom was by God’s side acting as a master worker and rejoicing as God’s plans for His world unfolded. (verses 28-31)

Wow! So often we are focused on God’s creating that we never consider that a planning stage could have been in the works before God ever uttered, “Let there be …!” Yet this should not be so surprising because carpenters need plans to construct a house. Farmers map out where certain plants will be placed and what seeds will be sown in other areas of the acreage Between illness and receiving treatments, a plan is developed as to how the person is to be treated Between identifying a problem and resolving it, wisdom is needed to devise strategies or to plan steps needed to be taken to find the solution.

Let there be no mistake about it. In the beginning there was God. Prior to Day One God created wisdom and wisdom was there as all the parts of creation came into being. Wow again!

Awesome God, we are truly amazed as we behold the beauty and wonder of Your creation. We are grateful for the insight that You created wisdom and that wisdom worked by Your side in the creation of the world and all that is within it. Help us to Your wisdom as we seek solutions to the daily problems we encounter. In Jesus’ Name, we pray. Amen.