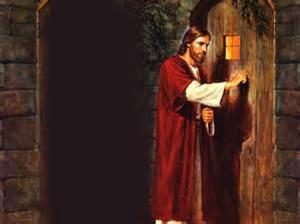 You know that saying ‘waiting for the other shoe to drop’? Acts 11 tells of the growth of the church. The Lord’s hand was with them, and a great number of people believed and turned to the Lord. Acts 11:21 But now we have Acts 12 and Peter is jailed by Herod who plans to bring him to trial. An angel of the Lord comes to Peter while he is in jail, his chains fall off and he walks out of prison, right past the guards!

Then Peter came to himself and said, “Now I know without a doubt that the Lord has sent his angel and rescued me from Herod’s clutches and from everything the Jewish people were hoping would happen.”

When this had dawned on him, he went to the house of Mary the mother of John, also called Mark, where many people had gathered and were praying. Peter knocked at the outer entrance, and a servant named Rhoda came to answer the door. When she recognized Peter’s voice she was so overjoyed she ran back without opening it and exclaimed, “Peter is at the door!” You’re out of your mind,” they told her. When she kept insisting that it was so, they said, “It must be his angel.”

But Peter kept on knocking, and when they opened the door and saw him, they were astonished. Peter motioned with his hand for them to be quiet and described how the Lord had brought him out of prison. “Tell James and the other brothers and sisters about this,” he said and then he left for another place. Acts 12:11-17

I enjoy singing “Behold, Behold” with the preschool children. They enjoy knocking with the sticks and opening their door. I always think of this song as opening the door of my heart to Jesus and his wisdom.

Dear Lord, I pray that I remain open to seeing You in my life. That I am not astonished when You come knocking on my door and that I throw the door wide open to let you in.