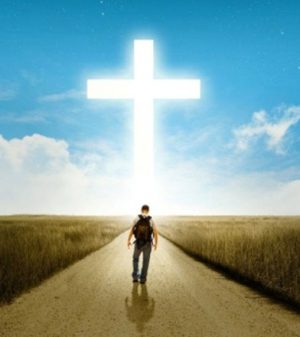 “Now his elder son was in the field; and when he came and approached the house, he heard music and dancing. He called one of the slaves and asked what was going on. He replied, ‘Your brother has come, and your father has killed the fatted calf, because he has got him back safe and sound.’ Then he became angry and refused to go in. His father came out and began to plead with him. But he answered his father, ‘Listen! For all these years I have been working like a slave for you, and I have never disobeyed your command; yet you have never given me even a young goat so that I might celebrate with my friends. But when this son of yours came back, who has devoured your property with prostitutes, you killed the fatted calf for him!’ Then the father said to him, ‘Son, you are always with me, and all that is mine is yours. But we had to celebrate and rejoice, because this brother of yours was dead and has come to life; he was lost and has been found.’”
Luke 15:11-32

“Come to me, all you that are weary and are carrying heavy burdens, and I will give you rest. Take my yoke upon you, and learn from me; for I am gentle and humble in heart, and you will find rest for your souls. For my yoke is easy, and my burden is light.”
Matthew 11:28-30

My faith is often challenged by the stories that Jesus told. One such story that has spoken to me throughout my adult life is the parable of “The Prodigal Son.” There have been moments when I have been forced to see myself as the disobedient younger child in this story. I read the Bible. I was raised by Christian parents. I hang out around church people. I know what God wants me to do in my life. But there are times when I not only refuse to live that way. I have also been known to turn my back on God. That’s when this parable sounds the faithful song inviting me to consider coming home. That’s a song that should be on everyone’s play list.

God, when the free life in the far country seems tempting, help me to remember the better life that You offer in the kingdom. Thanks for paving the way home, through my Lord and Savior, Jesus, in whose name I pray. Amen.