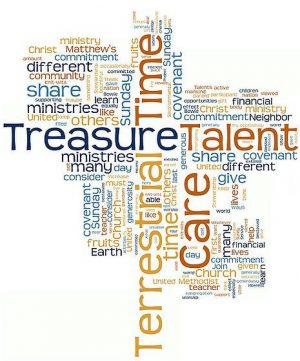 My faith has been formed by the words of Jesus. In Matthew chapter 25, Jesus gives us three stories which help us to focus on life in the Kingdom of God.

The second is found in

This story told by Jesus may be one of the main reasons we call our God-given gifts talents. And the story is pretty clear on what God’s people are to do with their talents — USE THEM.

Everyone has a talent. It may be an incredible brain, an amazing athletic ability, the skill to sew or cook, or just that wonderful smile that adorns your face. God has given each one of us something special. Do we want to hide or bury our talent? No. We should use it.

God, help me to claim that special talent that You have given me. And help me to share my talent today in a way that will make someone else a little happier. Amen.