Blind to His Sin 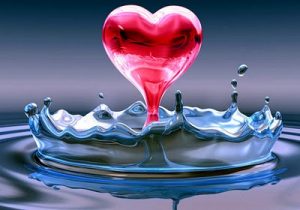 King David was blind to his sin! Even when Nathan the prophet presented a scenario of someone doing a dastardly deed, David did not recognize himself as a culprit. King David did acknowledge that the rich man with flocks of sheep, who would steal a poor man’s ewe, deserved to die and that he should make restitution fourfold.

King David did not see that his own actions of sleeping with another man’s wife, Bathsheba, and then sending her husband to the front lines of battle so that he would be killed, could be likened to the story the prophet Nathan told. David wanted to know the man’s name and Nathan said:

Why have you despised the word of the Lord by doing evil in his sight? You have struck down Uriah the Hittite with the sword, have taken his wife to be your wife, and have killed him with the sword of the sons of Ammon. (II Samuel 12:9)

He was blind to his sin, but he writes:

For I know my transgressions and my sin is ever before me. (Psalm 51:3)

David would have known The Commandments and known how many he had broken. He entreats the Lord saying

Have mercy on me, O God, according to Your steadfast love; according to your abundant mercy blot out my transgressions. Wash me thoroughly from my iniquity and cleanse me from my sin.

Create in me a clean heart, O God, and put a new and right spirit within me. Do not cast me away from Your presence, and do not take Your Holy Spirit from me. Restore to me the joy of Your salvation and sustain in me a willing spirit.

Indeed, confession is good for the soul and it is only by confessing and repenting of our sin that we can begin anew in our relationship with God.

O Lord, this day hear our prayers of confession. Have mercy on us! Pardon us. Restore to us the joy of Your salvation. In Christ’s name, we pray. Amen.