Bringing You Greetings From …! 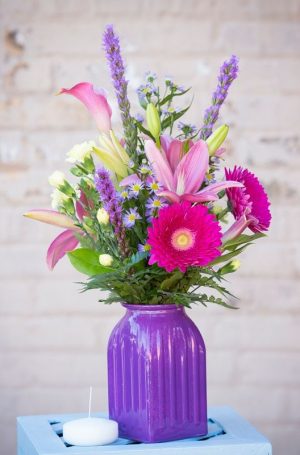 “Still, I think it necessary to send to you Epaphroditus – my brother and co-worker and fellow soldier, your messenger and minister to my need;….” Philippians 2:25 (NRSV)

Long before every home had a telephone, and certainly before every person living in that home had a personal cell phone, it was often common for someone to bring greetings from a mutual acquaintance, or better yet a friend or relative to another person, living some distance away. For example, you had visited a person living in another state, who was a friend or relative of someone living in your hometown. Before you left to make your trek back to your home, the person asks you to tell Cousin Betty “Hello” and might even ask you to take her a jar of peach preserves she had made.

It’s a kind and thoughtful gesture to ask someone to give another person his or her kindest regards and perhaps some small gift. This is just exactly what the Philippians did. They have learned that the Apostle Paul is in prison, most likely Ephesus or Rome, and they have decided they want to boost his spirits and convey to him their genuine love and care for him. Epaphroditus is the one the Philippians choose to send to the apostle. Epaphroditus does not go empty-handed, but loaded with gifts that the Apostle Paul later described as a “fragrant offering, a sacrifice pleasing and acceptable to God.” (4:18)

In all honesty, the Apostle Paul would have liked to have kept Epaphroditus with him, but he knew this congregation that he loved earnestly, desired to have him home once again. Notice how Paul refers to Epaphroditus. He is Paul’s brother (brother in Christ or did Paul have the familial feelings brothers have for one another?) He is Paul’s co-worker (was this a relationship they enjoyed while Paul was planting the church in Philippi or have they been engaged in ministry together at the site of Paul’s imprisonment?) He is Paul’s fellow soldier (have Epaphroditus and Paul been fighting alongside each other to proclaim the good news of Jesus Christ to people wherever they encounter them?)

Still, Paul is grateful for Epaphroditus having come because he brought greetings and gifts from the Philippians. Paul declares that Epaphroditus is their messenger and his minister in need. He brought words of encouragement and gifts of love to Paul and Paul was grateful. Do you know of someone downcast, lonely, or sick to whom you might be an “Epaphroditus” … bringing them greetings from their family at First Presbyterian Church and perhaps some small gift of handpicked flowers to brighten their room, a colorful balloon to lift their spirits, or some candy to remind them that there is sweetness in life?

O God, we thank You for those who play the role of “Epaphroditus” in our lives … bringing us messages to cheer our spirits and even small gifts to remind us that You love us and others do, too. Help us to reach out to others with such gestures that may mean more than we would ever know. In Jesus’ name, we pray. Amen.