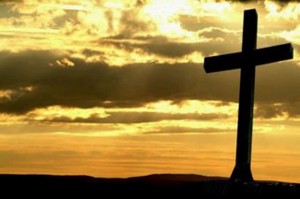 One of the most generous persons I have ever known was a woman by the name of Christine Tucker, whom I called “Miss” Christine. My family first had contact with Chris and her brother, Frank, through their shared interest with my father in ham radio. The Tuckers were among the first persons we met when we moved from my hometown of Union, South Carolina, to Thomasville, North Carolina. They were members of First Presbyterian Church.

When her brother, Frank, died in 1980, we adopted “Miss” Christine as a member of our family. She had no surviving family members except one cousin and other friends like us, who had included her as part of their families. We shared meals throughout the year and often got together on holidays. She took some trips to the mountains with my parents. We had some great times.

“Miss” Christine was very interested in and supportive of whatever I did, but her generosity truly manifested itself once I left for Columbia Theological Seminary in Atlanta. She and Frank had often exchanged gifts whenever they felt like doing so for no special reason. These gifts were called “Foo Gifts.” I became a recipient of “Miss” Christine’s “Foo Gifts,” sometime after Frank’s death and she continued to send “Foo Gifts” to me until her death in 2004. These “Foo Gifts” were often enclosed in a card or a letter and throughout my years in seminary she did not miss a week in sending me a card or two each week. She was generous with her wealth and her time as she wrote, addressed and mailed that correspondence. In her will she made a bequest to me and with a portion of that gift I purchased the cross that I wear on Sunday mornings.

Sometimes we like to think that we would be more generous, if we were wealthier; but in truth generosity is seen wherever one finds oneself on the economic scale. I know “Miss” Christine was generous in giving to me and to others and various organizations. I sometimes wonder if people would describe me as being generous. What about you? If I am generous, then it is only because generosity is a fruit of the Spirit being active in my life. May such fruit be evident in all of our lives!

Gracious and generous God, we thank You for all the gifts you shower upon us. We love because You first loved us and we are empowered by the Spirit to be generous because You have shown generosity to us. It is a high compliment to be told that others regard us as being generous. If we are worthy of such a tribute, it is solely due to Your grace. In Christ’s name, we pray. Amen.