Can’t Be Bought, Only Received As a Gift 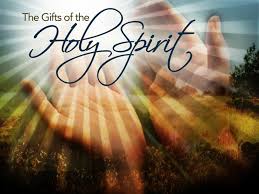 “Now when Simon saw that the Spirit was given by the laying on of the apostles’ hands, he offered them money saying, ‘Give me also this power so that anyone on whom I lay my hands may receive the Holy Spirit.’” Acts 8:18-19 (NRSV)

Obviously, Simon the magician must have been very wealthy or he must have thought that the Holy Spirit could be purchased at a bargain price! After having heard that people in Samaria had accepted the word of the Lord, the apostles at Jerusalem had sent Peter and John there. The Samaritans had been baptized, but they had not yet received the Holy Spirit. Peter and John laid their hands on them and they did receive the gift of the Holy Spirit.

Now the scriptures do not tell us why Simon the magician has been just a spectator at this event. If he was in the midst of his Samaritan brothers and sisters when they received the Holy Spirit, then why was he passed over? Acts 8:13 tells us Simon believed. Why did Peter and John not lay their hands on him? Why was he not included? Could it have been that even then his heart was not in the right place? That experience must have made a visible difference in the Samaritans’ lives because Simon wants this power

Recognizing what surely must have been an oversight and eagerly wanting to be equipped with the Holy Spirit so he could lay his hands on others, Simon offers to buy the Holy Spirit. How much did he think the Holy Spirit would cost? If he had been willing to give all that he had, as with Jesus telling of the parable of the pearl of great price, (Matthew 13:45-46) then that might have come close to paying for that which is priceless. The bottom line is that the Holy Spirit is not for sale and cannot be bought!

Peter and John were directed to go to Samaria and lay their hands on the baptized persons, who had accepted the word of God. This gift was not to be given to whom the apostles chose, but those whom God had chosen. Simon wants to be able to bestow the Holy Spirit on others, wrongly thinking that this gift is his to distribute. He wants to be in control and to decide which persons will receive the Holy Spirit.

Peter then puts the fear of God in Simon. He says, “May your silver perish with you, because you thought you could obtain God’s gift with money! You have no part or share in this, for your heart is not right before God. Repent therefore of this wickedness of yours, and pray to the Lord that, if possible, the intent of your heart may be forgiven you.” Simon answered, “Pray for me to the Lord, that nothing of what you said may happen to me.” The story ends there! We do not know whether Simon perished shortly thereafter or if he repented, was forgiven and perhaps eventually gifted with the Holy Spirit. If so, then we may safely assume that he learned a valuable lesson … that he could be a channel of blessing others … by laying his hands on those whom the Lord chose to receive the gift of the Holy Spirit.

In our world there are some people who believe that everything has a price and can be bought. This story reminds us that is not true in God’s economy! The Holy Spirit is a gift of God, which cannot be bought but only received.

O God, teach us what is important in Your economy and help us to appreciate all the good gifts we receive from You. In Jesus’ name, we pray. Amen.