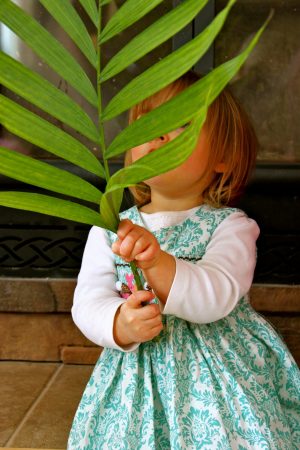 Then Jesus entered the temple and drove out all who were selling and buying in the temple, and he overturned the tables of the money changers and the seats of those who sold doves. He said to them, “It is written, ‘My house shall be called a house of prayer’; but you are making it a den of robbers.” The blind and the lame came to him in the temple, and he cured them. But when the chief priests and the scribes saw the amazing things that he did, and heard the children crying out in the temple, “Hosanna to the Son of David,” they became angry and said to him, “Do you hear what these are saying?” Jesus said to them, “Yes; have you never read, ‘Out of the mouths of infants and nursing babies you have prepared praise for yourself’?”He left them, went out of the city to Bethany, and spent the night there.
Matthew 21:12-17

The confetti from the Palm Sunday parade had yet to be swept from the streets of Jerusalem when Jesus entered the Temple. His love for God’s House drove him to drive out the people who had perverted worship there. They sold items the items that were needed by traveling religious pilgrims for the Passover sacrifice (and they often sold these animals at inflated prices.) The money changers also exchanged common coins for Temple tokens (again, usually at a rate that was far from fair.) They had made worship an item of business, and Jesus called for a return to prayer.

And then Jesus got to the business of healing – and curing – and blessing.

That’s his business. And we in Christ’s church should make sure that this is our main business too.

God, help me to make sure that I am prayerfully doing Your work today and each day, as I follow Jesus toward the Good Friday cross. Amen.