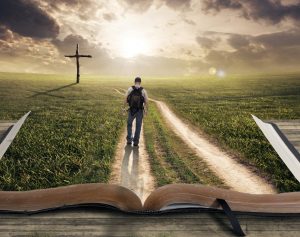 When he entered the temple, the chief priests and the elders of the people came to him as he was teaching, and said, “By what authority are you doing these things, and who gave you this authority?” Jesus said to them, “I will also ask you one question; if you tell me the answer, then I will also tell you by what authority I do these things. Did the baptism of John come from heaven, or was it of human origin?” And they argued with one another, “If we say, ‘From heaven,’ he will say to us, ‘Why then did you not believe him?’ But if we say, ‘Of human origin,’ we are afraid of the crowd; for all regard John as a prophet.” So they answered Jesus, “We do not know.” And he said to them, “Neither will I tell you by what authority I am doing these things.
Matthew 21:23-27

The last week in the earthly life of Jesus was filled with tension between the loving responses of faithful followers (like those who welcome him on Palm Sunday and the people he healed in his first visit to the temple) and the scorn, jealously and hatred directed toward him by the religious elite. Jesus’ teaching about God was challenging the legalistic and limiting religion they had created. This conflict between what the Scribes and Pharisees promoted, and the new life Jesus promised that we would find living as children of God, came to a head in the clashes before they put Jesus to death. And the conflict led to Jesus’ condemnation of the people who peddled this perverted faith:

Then Jesus said to the crowds and to his disciples, “The scribes and the Pharisees sit on Moses’ seat; therefore, do whatever they teach you and follow it; but do not do as they do, for they do not practice what they teach. They tie up heavy burdens, hard to bear, and lay them on the shoulders of others; but they themselves are unwilling to lift a finger to move them. They do all their deeds to be seen by others; for they make their phylacteries broad and their fringes long. They love to have the place of honor at banquets and the best seats in the synagogues, and to be greeted with respect in the marketplaces, and to have people call them rabbi. But you are not to be called rabbi, for you have one teacher, and you are all students. And call no one your father on earth, for you have one Father—the one in heaven. Nor are you to be called instructors, for you have one instructor, the Messiah. The greatest among you will be your servant. All who exalt themselves will be humbled, and all who humble themselves will be exalted.

“Woe to you, scribes and Pharisees, hypocrites! For you tithe mint, dill, and cumin, and have neglected the weightier matters of the law: justice and mercy and faith. It is these you ought to have practiced without neglecting the others. You blind guides! You strain out a gnat but swallow a camel!

“Woe to you, scribes and Pharisees, hypocrites! For you build the tombs of the prophets and decorate the graves of the righteous, and you say, ‘If we had lived in the days of our ancestors, we would not have taken part with them in shedding the blood of the prophets.’ Thus you testify against yourselves that you are descendants of those who murdered the prophets. Fill up, then, the measure of your ancestors. You snakes, you brood of vipers! How can you escape being sentenced to hell? Therefore I send you prophets, sages, and scribes, some of whom you will kill and crucify, and some you will flog in your synagogues and pursue from town to town, so that upon you may come all the righteous blood shed on earth, from the blood of righteous Abel to the blood of Zechariah son of Barachiah, whom you murdered between the sanctuary and the altar. Truly I tell you, all this will come upon this generation.
Matthew 23:1-36

We get to choose if we want to join the conflict or be content in following Jesus.

God, help me to follow the teachings of Jesus today, so that I might know how to truly love You and others. Amen.