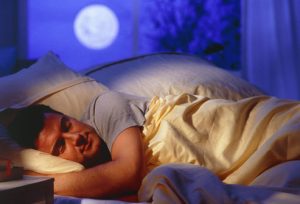 There are some things in the Bible that stand out because of repetition. God speaking to God’s people in the night is one of those repeated themes. It pops up here in Acts, while the Apostle Paul was spending time in Corinth. He had faced some opposition from the local Jews, and decided to move down the street and take the Good News to the Gentiles. While he was pondering his plan, God spoke to him:

One night the Lord said to Paul in a vision, “Do not be afraid, but speak and do not be silent; for I am with you, and no one will lay a hand on you to harm you, for there are many in this city who are my people.” He stayed there a year and six months, teaching the word of God among them. Acts 18:9-11

God spoke to Samuel in the night. God spoke to Paul in the night. God may be waiting for a night to speak to you or me. Especially during biblical times, before electricity and 24 hour cable news and the internet, the night was a time relatively free of distractions. Even now, we tend to have more control over our nighttime schedules (midnight to 6 a.m.) than our daytime or evening schedules. Maybe we can schedule some time in there to hear from God.

When making a tough decision, a wise friend once commented to me that he needed “to consult his pillow.” He was planning to pray about something and then sleep on it. Maybe he was hoping that God would speak in the night.

God, speak to me in a way that I will hear Your word and follow Your will for my life. I’m available tonight, if You have the time. In Jesus’ name I pray. Amen.