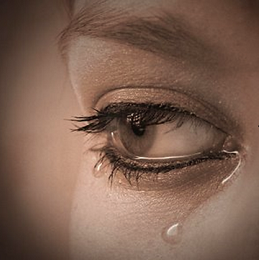 How great a forest is set ablaze by a small fire. And the tongue is a fire. James 3:5b

What is it about boys and matches or fires? At one time I thought I was the only one so fascinated by fire. (Then I saw that Opie on The Andy Griffith Show in the episode Keeper of the Flame was also attracted to fire.)

In my late childhood a neighborhood friend and I gathered in the vacant wooded lot next to my home. We had some matches that we had no business having and we started a fire. At first it was a small well-controlled fire. The wind kicked up and the fire spread and was getting out of control. Fortunately and unfortunately, it was near lunchtime and Dad came home and aided us in putting out the fire without much damage. I will let you consider the unfortunate aspect of that scenario. Don’t ask me, for I will never tell! After all, according to Ecclesiastes 3:7b, there is a time to speak and a time to be silent!

Unfortunately we often fail to recognize those times! The selection James 3 is one that I have said I could preach on once a month. That frequency would not be because I have anything new to say, but because there never seems to be a month when someone in the church has not been hurt, intentionally or unintentionally by another person’s tone or words that have been spoken. Remember that we have two ears and one tongue!

The tone or words are the sparks that can rage into a fire that is destructive to relationships. If only we would think twice before speaking, then we would most likely speak half as much. If only we would put ourselves in the shoes of the listener, then we might understand how the criticisms, harsh words, and sarcasm we intend to speak sound. A sharp wit might not bother one person, but could deeply wound another.

We need to be mindful that people have different sensitivity levels. Before you speak those words you are about to say, put on your listening ears and see how it would feel if they were spoken to you. In doing so, you might just temper your words with more compassion and kindness.

O God, help me to choose carefully the words I speak and the tone I use so that I do not hurt or offend a brother or sister in Christ. Amen.