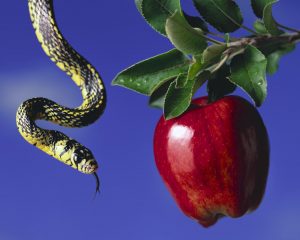 But He perceived their craftiness and said to them, “Show me a denarius. Whose head and whose title does it bear?’’ They said, “The emperor’s.”
Luke 20:23-24

We have the story of Jesus being tempted by the devil in Luke 4:1-13. We read, “When the devil had finished every test, he departed from Him until an opportune time.” The chief priests, scribes and elders were relentless in their efforts to entrap Jesus. We have story after story of their attempts to discredit Jesus and to cause Him to be at odds with the Romans or the people. He already had won His place on the chief priests, scribes and elder’s “hit list.”

This attempt to entrap Jesus is preceded by their use of flattering words, which are nonetheless true, but which they hope He hears and causes Him to let His guard down. They said, “Teacher we know that you are right in what you say and teach, and you show deference to no one, but teach the way of God in accordance with the truth.” The words are true, but the flattery is insincere.

His answer amazed them and even more they were silenced by it but, as we all know, only for a short period of time! Like the devil they would look for another opportunity to entrap Him and one when He was not accompanied by His many followers.

Lord, we do face many temptations. Some are relentless. Sometimes we are enticed by flattery to yield to them. Give us wisdom to recognize the cunning of others. Give us strength to be obedient and to be one of Christ’s faithful followers. In His name, we pray. Amen.