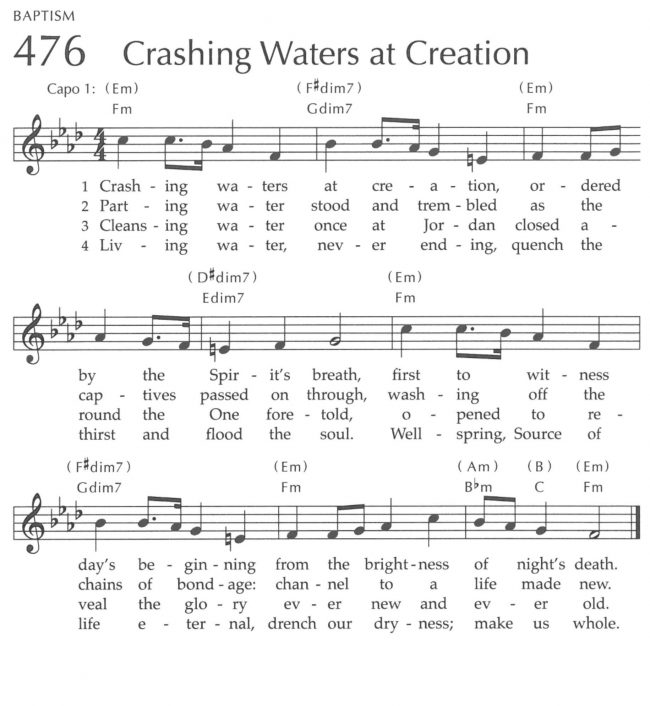 We continue with the story of Moses and the Hebrew people and we find them at the Red Sea which is in front of them. Hot on their heels is Pharaoh who once again has had a change of heart. He has seen a major portion of his work force depart when the Israelites left. What is more, the Israelites left with the Egyptians gold and silver.

The Israelites feel as if they are doomed. They will either perish by drowning in the waters of the Read Sea or be slaughtered by Pharaoh and His army. How quickly they forget their True Leader … the One who has delivered them from their bondage and suffering. The Lord did not bring the Israelites out of Egypt to drown them in the Red Sea.

Then Moses stretched out his hand over the sea. The Lord drove the sea back by a strong east wind all night, and turned the sea into dry land, and the waters were divided. The Israelites went into the sea on dry ground, the waters forming a wall for them on their right and on their left.

This hymn speaks of the roles of water at creation, as an escape route for the Israelites, as a means of cleansing in baptism and as offering living water so no one ever thirsts again.

Today’s prayer is the fourth verse of this hymn which is itself a prayer.