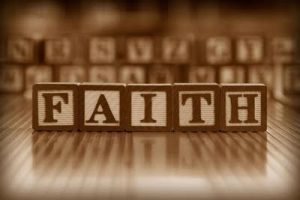 From the table we quickly travel to the garden (Gethsemane). The garden will be the gateway to denial, betrayal, arrest, and trial. A tragic series of events is about to unfold.

Then Jesus went with them to a place called Gethsemane; and he said to his disciples, “Sit here while I go over there and pray.” He took with him Peter and the two sons of Zebedee, and began to be grieved and agitated. Then he said to them, “I am deeply grieved, even to death; remain here, and stay awake with me.” And going a little farther, he threw himself on the ground and prayed, “My Father, if it is possible, let this cup pass from me; yet not what I want but what you want.” Then he came to the disciples and found them sleeping; and he said to Peter, “So, could you not stay awake with me one hour? Stay awake and pray that you may not come into the time of trial; the spirit indeed is willing, but the flesh is weak.” Again he went away for the second time and prayed, “My Father, if this cannot pass unless I drink it, your will be done.” Again he came and found them sleeping, for their eyes were heavy. So leaving them again, he went away and prayed for the third time, saying the same words. Then he came to the disciples and said to them, “Are you still sleeping and taking your rest? See, the hour is at hand, and the Son of Man is betrayed into the hands of sinners. Get up, let us be going. See, my betrayer is at hand.”

While he was still speaking, Judas, one of the twelve, arrived; with him was a large crowd with swords and clubs, from the chief priests and the elders of the people. Now the betrayer had given them a sign, saying, “The one I will kiss is the man; arrest him.” At once he came up to Jesus and said, “Greetings, Rabbi!” and kissed him. Jesus said to him, “Friend, do what you are here to do.” Then they came and laid hands on Jesus and arrested him. Suddenly, one of those with Jesus put his hand on his sword, drew it, and struck the slave of the high priest, cutting off his ear. Then Jesus said to him, “Put your sword back into its place; for all who take the sword will perish by the sword. Do you think that I cannot appeal to my Father, and he will at once send me more than twelve legions of angels? But how then would the scriptures be fulfilled, which say it must happen in this way?” At that hour Jesus said to the crowds, “Have you come out with swords and clubs to arrest me as though I were a bandit? Day after day I sat in the temple teaching, and you did not arrest me. But all this has taken place, so that the scriptures of the prophets may be fulfilled.” Then all the disciples deserted him and fled.
Matthew 26:36-56

Where we might have been able to picture ourselves along with the Palm Sunday crowds shouting “hosanna” as faithful followers of Jesus, the events of Maundy Thursday and Good Friday also invite us to find where we fit in the picture. Have we been tempted to deny that we are followers of Jesus? Have we turned away from Jesus when following him might put us at odds with the crowd to which we belong or the culture where we find ourselves feeling at home? Denial and betrayal are strong words. It stings we they tend to define us.

God, help me to be faithful in my walk of discipleship, so that my actions will show my love and allegiance to the Lord who loved me so. In Jesus’ name I pray. Amen.