Don’t Just Keep it to Yourself 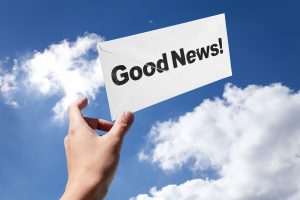 When the Sabbath was over, Mary Magdalene, and Mary the mother of James, and Salome bought spices, so that they might go and anoint him. And very early on the first day of the week, when the sun had risen, they went to the tomb. They had been saying to one another, “Who will roll away the stone for us from the entrance to the tomb?” When they looked up, they saw that the stone, which was very large, had already been rolled back. As they entered the tomb, they saw a young man, dressed in a white robe, sitting on the right side; and they were alarmed. But he said to them, “Do not be alarmed; you are looking for Jesus of Nazareth, who was crucified. He has been raised; he is not here. Look, there is the place they laid him. But go, tell his disciples and Peter that he is going ahead of you to Galilee; there you will see him, just as he told you.” So they went out and fled from the tomb, for terror and amazement had seized them; and they said nothing to anyone, for they were afraid.
Mark 16:1-8

The women who had faithfully watched the tragic end of Jesus’ life from the shadows came to the tomb on Sunday morning just as early at the law would allow so that they could properly bury their Lord. But He had been raised from the dead! Their faithfulness was rewarded in a way as they were the first ones given the good news of what God has done for us in Jesus Christ. But the way the earliest copies of Mark’s gospel tells the story kept the good news to themselves (“they said nothing to anyone, for they were afraid.”)

What a tragedy it would have been for the world if the women had not spoken to anyone. (Hence, the alternate endings of Mark.)

Do we have good news to tell about what God has done for us in Jesus Christ? Yes.

Did God make you and me? Yes.

Did God save you and me? Yes.

Does God continue to forgive us and show us a better life? Yes.

Then we had better tell someone. This news is too good to keep to ourselves.

God, You have given me lips to speak and a story to tell. Help me to gladly share the good news of my faith with everyone I meet, today and every day. Amen.