Eli, An Indulgent Father and His Sinful Worthless Sons 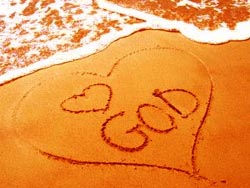 And he said to them, ‘Why do you do such things, the evil things that I hear from all these people?
I Samuel 2:23

Eli was the priest in Shiloh and his two sons, Hophni and Phineas, by virtue of being his sons, were in line to serve as priests. They did not know the Lord and the custom of the priests with the people. They exhibited very un-priestly like behavior.

Hophni and Phineas saw to it that their servant got a large portion of the meat boiling. They got a portion of the sacrifice of every Israelite for their own use. If they could catch the attendant with the raw meat before it was roasted they insisted on getting a sizeable portion for themselves. Their servants were demanding and would take the priests’ portion by force if necessary. We are told: “Thus the sin of the young men was very great in the sight of the Lord; for they treated the offerings of the Lord with contempt.” Eli heard of how his sons lay with women at the entrance to the tent of meeting. Eli was old and distressed to learn of his sons’ attitudes and behavior.

Eli asked, “If someone sins against the Lord, who can make intercession?” They would not listen to their father. They expressed no repentance and exhibited no intention of amending their ways.

A man of God confronts Eli and reminds him of the Lord’s commitment to Eli’s ancestors and future generations to serve as priests. He reveals that the Lord is displeased that Eli honors his sons more than he does God. The Lord declares that both of Eli’s sons will die on the same day and God promises to raise up a faithful priest, who shall do what is in God’s heart and mind.

Hophni and Phineas may never have learned the fifth commandment to honor parents. They also may not have learned the eighth commandment, not to steal; and the tenth commandment, not to covet. They certainly were guilty of breaking all three of those commandments. Eli loved his sons, indulged them and overlooked their sins to his own detriment. Putting God first is not always easy, especially when our love for family members interferes with that priority. If Eli had acted differently, the outcome of this story might have been entirely different!

O God, help us to love You with all our heart, soul, mind, and strength. If that is our top priority, then we may avoid greater heartache in the future. In Christ’s name, we pray. Amen.