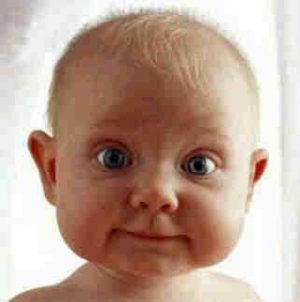 A young man named Eutychus, who was sitting in the window, began to sink off into a deep sleep while Paul talked still longer.
Acts 20:9a

The description of this event sounded a little like a revival meeting! As a young person I was nurtured in the Baptist church and it was customary to have either a fall or spring revival or maybe both. A guest minister was invited to come and preach for several nights.

On this particular Lord’s Day, the Christians in Troas gathered to break bread and to hear the Apostle Paul. He was having a discussion with them that stretched into the wee hours of the morning. (We were usually out of the revival service by 8:30 or 9:00 p.m.) A young man named Eutychus was sitting in the window and drifted off into a deep sleep while Paul was still talking. We don’t know why Eutychus was sitting in the window and why he went to sleep. With the crowd of people had he become overheated and needed air? Was he troubled by something Paul said and had he gone to the window for some fresh air? Was he exhausted? Was this particular sermon boring?

Regardless, Eutychus fell asleep and then fell to the ground three floors below. It was believed by the first responders that Eutychus had died. Paul followed along, took Eutychus in his arms and then announced: “Do not be alarmed for his life is in him.” Paul returned to the upper room for the breaking of the bread and for more conversations before leaving at dawn. If you are like me, you are a little surprised that Paul just left after stating the boy was alive, We might have thought he would have stayed until the boy was back on his feet. The good news is that the boy was revived and others took the boy away alive. One lesson we might learn is: Avoid sitting in open windows during sermons, if you are sleepy. Such behavior can be hazardous to your health.

Have you ever fallen asleep during a sermon? Most of us I would suspect have nodded or dozed off during a sermon … at one time or another. At other times there are those who may think we have fallen asleep when we have only closed our eyes to shut out distractions and focus on the words being said. At other times we may have closed our eyes to visualize the scene as it is described.

O Lord, help us always to prepare for worship by being alert and ready to hear what You would have us hear and do, through the proclamation of Your Word. In Christ’s name, we pray. Amen.