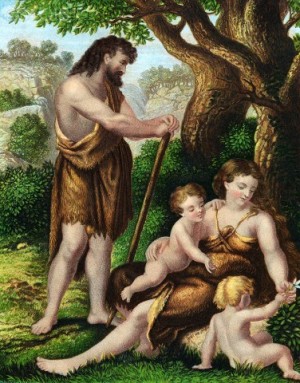 If my memory serves me correctly, I believe the following anecdote was attributed to the late Ruth Bell Graham, wife of evangelist Billy Graham. Once when Ruth was interviewed, a reporter asked her if she had ever considered divorce. As I remember it, Ruth’s response was, ‘Divorce no, but murder yes.’ Mrs. Graham indicated that life with her devoted and loving husband was not always roses and sunshine. She honored her marriage vows, but her response indicated that she and her husband were not immune to feeling anger and experiencing disagreements. Though she would not have killed her husband, she did acknowledge she had some strong feelings.

Within families, relationship problems do arise. Parents may have very high expectations of their children and their children may feel that they never measure up to them. They disappoint their parents if they are under achievers or merely average. Parents may favor one child over another. Sibling rivalry does occur between brothers and sisters. Responsibilities may be heaped upon the older children. Younger children may feel that they have to follow in the footsteps of the older brother or sister, while recognizing that they themselves are very different individuals with different abilities and talents. These situations do create problems!

Abel was a keeper of sheep while Cain was a tiller of the ground. Cain brought the Lord an offering of the fruit of the ground while Abel sacrificed a firstling of the flock and the fat portions. The Lord regarded Abel’s offering, but had no regard for Cain’s. Did Cain’s anger arise because he was jealous? I suspect so. We recall that the Lord said to Cain, “If you do well, will you not be accepted? And if you do not do well, sin is lurking at the door; its desire is for you, but you must master it.” The implication is that Cain did not offer the best gift he had to offer to the Lord. Cain was angry, jealous and resentful. Rather than striving to do better, Cain resolved that the best solution would be to eliminate his competition, namely to kill his brother Abel. Inviting his brother to the field and then rising up against him suggests that Cain’s actions were premeditated.

I wonder how different the situation would have been if Cain had just taken a time out … to reconsider his actions of bringing sorrow to his parents, in effect, making them bereft of both sons; of losing a brother he could never regain and of becoming a fugitive and a wanderer after having killed his brother for the rest of his life. I like to think that having taken a time-out, Cain’s actions would have been different … that he would have worked on building a better relationship with his brother and on seeking to please God by giving God the very best he had to offer. I also like to think that not a day went by that Cain did not regret having killed his brother, Abel, and that Cain’s greatest desire from that time forth would have been to embrace his brother in his arms, ask his forgiveness and tell him that he loved him.

Thank You, Lord, for our families. Help us to be patient, loving, and forgiving in all of our family relationships. In the name of Christ, we pray. Amen.