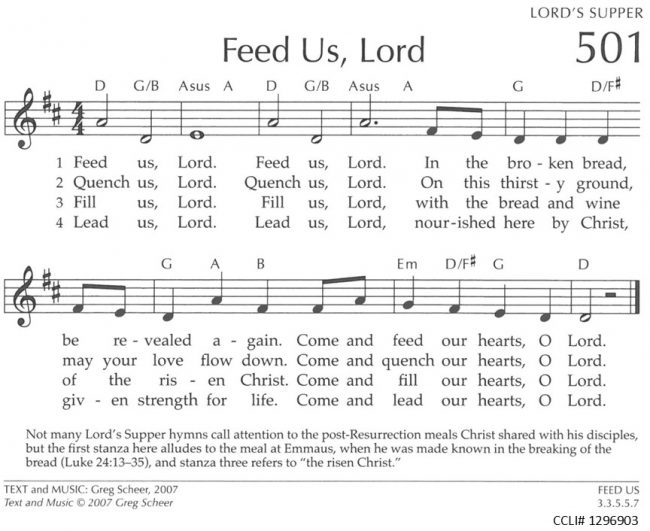 While they were eating, Jesus took a loaf of bread and after blessing it, he broke it, gave it to the disciples and said, “Take, eat, this is my body.” Then he took a cup and after giving thanks he gave it to them, saying, “Drink from it, all of you; for this is my blood of the covenant, which is poured out for many for the forgiveness of sins. I tell you I will never again drink of this fruit of the vine until that day when I drink new with you in my Father’s kingdom.”

Not long ago doing some channel surfing, I happened upon one of my favorite films, Driving Miss Daisy, starring the late actress Jessica Tandy and actor Morgan Freeman. For some years Hoke drove Miss Daisy wherever she needed or wanted to go.

Hoke became more than just her chauffeur; he was a faithful companion and friend. He continued to maintain contact with her even when he no longer could drive, and she had become a resident of an assisted living facility. Hoke and Miss Daisy’s only son Booley, visit her at Thanksgiving and she quickly dismisses him in favor of Hoke’s company. As just the two of them sit at a table, Hoke appears as a Christ-figure, taking Miss Daisy’s fork and feeding her, when she likely would have left her pumpkin pie untouched.

Through the years, Hoke and Miss Daisy spoken harshly and she had been particularly demanding, but through it they had forged a friendship of affection and mutual respect. Hoke genuinely cared for Miss Daisy.

The Glory to God commentator wrote:

Not many Lord’s Supper hymn call attention to the post-Resurrection meals Christ shared with his disciples, but the first stanza here alludes to the meal at Emmaus, when he was made known in the breaking of the bread (Luke 24:13-35) and stanza three refers to “the risen Christ.”

O Divine Redeemer, we thank You for this very special meal symbolizing the giving of Your life for ours. We thank You for the bread and the cup … for feeding us and … for quenching our thirst. Thank You for giving us the tasks of feeding others who are hungry through our bag lunch and soup kitchen ministries. In the name of Christ, we pray. Amen.