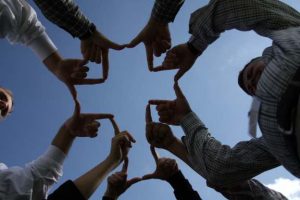 “And when she and her household had been baptized, she urged us saying, ‘If you have judged me to be faithful to the Lord, come into my house and stay.” Acts 16:15 (NASV)

This story of Paul and Lydia reminds me of the story of Jesus and the Samaritan woman. Do you remember that one? The story is found in the Gospel of John Chapter 4 verses 7-43. Let me refresh your memory with some key verses of that story.

“There came a woman of Samaria to draw water. Jesus said to her, “Give me a drink.’ For His disciples had gone away into the city to buy food. The Samaritan woman therefore said to Him, ‘How is it that You being a Jew, ask me for a drink since I am a Samaritan woman.’ (For Jews have no dealings with Samaritans.)” John 4:7-9. We recognize that the Samaritan woman is stunned by Jesus’ addressing her and making this request!

“And at this point His disciples came, and they marveled that He had been speaking with a woman, yet no one said, ‘What do you seek? or, Why do you speak with her?’” John 4:27. We notice that the disciples can’t grasp that Jesus has broken the rules of society by engaging in a conversation with a Samaritan woman.

Now fast forward some years to a different place and we find the Apostle Paul, a Jewish Christian, who encounters a woman named Lydia. She was a believer in God and the Lord opened her heart to respond to what Paul had spoken. She and her whole household were baptized. Grateful for Paul’s ministry, Lydia said, ‘If you have judged me to be faithful to the Lord, come into my house and stay.’ She prevailed upon us, indicating that Paul, Silas and Timothy accepted her hospitality.

The old Saul, strict Pharisee that he was, would never have broken the rules by speaking to a woman and especially a Gentile. Paul is now a Jewish Christian and he follows Christ’s example. He speaks with this Gentile woman, named Lydia. He accepts even more hospitality by being a guest in her home than Jesus did, by accepting a drink from the Samaritan woman at the well. Later, the Apostle Paul would write these words: “There is neither Jew nor Greek, there is neither slave nor free man, there is neither male nor female, for you all are one in Christ Jesus.” Galatians 3:28.

O God, we thank You for these remarkable stories that affirm our individual worth and that remind us of our unity in Christ Jesus. In His name, we pray. Amen.