For Them or Against Them? 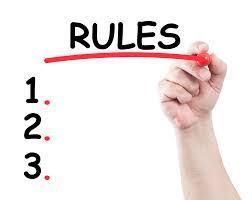 Those who forsake the law praise the wicked, but those who keep the law struggle against them.
Proverbs 28:4

I like to think that I am mostly a law abiding citizen.  I accept that laws are put in place for the safety and welfare of everyone.  I do on occasion exceed the speed limits or jaywalk  I submit my tax returns on April 15 or earlier and make my assigned quarterly payments to the U. S. Department of the Treasury.  I water my lawn on the specified days.

Now I have been sorely tempted to water my lawn more frequently so that my grass may be as green as some neighbors’ lawns.  At least some of them have wells and water more often.  If I joined them, then I am certain I would be saying I should have done this earlier and be praising them for doing whatever it takes to have a beautiful green yard.

The two days of watering has not been enough in this drought!  I have sections of my lawn that are brown and bare in spite of having converted a major portion of my property to a Florida friendly state … I have a third in grass and two thirds in beds and mulched areas.  In all honesty I suppose my struggle has been more within me than it has been a struggle with them … the ones who water regardless of whether it is their day or not and those who have wells and insist the water is theirs because they had the well dug.

I have wanted to report persons to code compliance but I have not done so because of the Golden Rule.  I suppose if I were watering when I was not supposed to be then I would not want some “goody goody two shoes” to report me.  Meanwhile I just fuss and fume within my own four walls and occasionally I have vented to others that “neighbors” are not obeying the rules.  In one respect that means I still am struggling against them.  Oh Lord, help us all!

Dear God, we thank You for laws and for teaching us the importance of obeying.  Keep us mindful that there are rewards for doing what is right even though doing what is wrong may have its own allures.  Guard us when we are tempted to go to the other side.  In Christ’s name, we pray.  Amen.