From Shepherding to Smackdown 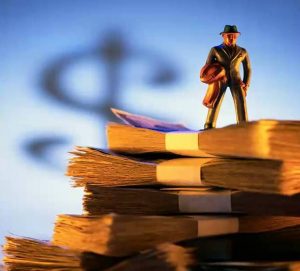 Like King David in his younger days, Amos worked as a shepherd. Then God called Amos to speak for God, as a prophet. In the introduction to this biblical book that we find in the New Revised Standard Version Oxford Annotated Study Bible (the gift we give our High School Seniors as they graduate), Amos’ work is described as such: “preaching harsh words in a smooth season. He denounced Israel, as well as its neighbors, for reliance upon military might, and for grave injustice in social dealings, abhorrent immorality, and shallow, meaningless piety.”

Amos was called to tell people whose lives seemed to be fairly smooth that much of the behavior that led to their current sense of “ease” was based on their rejection of God’s laws and violation of God’s statutes. Specifically they were more interested in making money than in caring for the poor. And as they bullied their way through life, they trampled the afflicted into the dust. Amos declared that a judgment was on its way for them, because God would not stand for this behavior any longer.

Amos would ask us each day: Have you sold the righteous for silver or traded the needy for a pair of shoes? Have you pushed or trampled anyone so that you might get ahead? If so, shame.

Dear God, remind me today how my treatment of others reflects my allegiance to you. Amen.