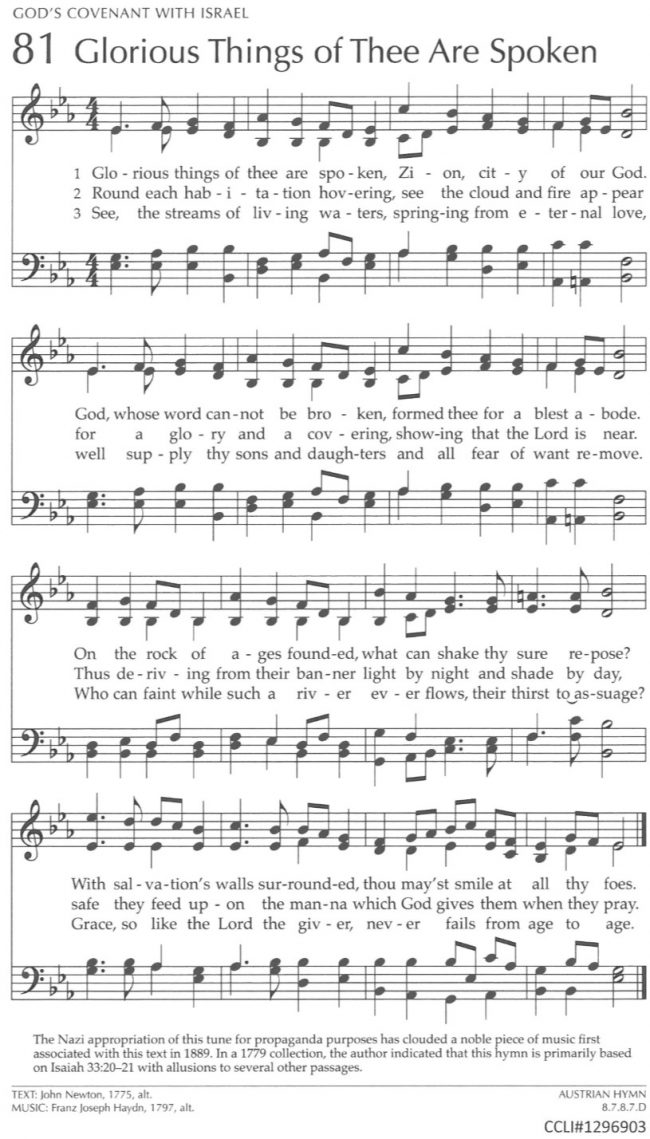 As mentioned in the previous devotional, the Israelites often grumbled and complained. By their estimation, life was better for them while they were slaves in Egypt than it was for them to be free in a wilderness. They remembered having plenty to eat there, but now they were out in a wilderness … starving. God provided for that need, but they had not made any improvement in trusting the Lord to provide for their needs. In today’s scripture, they are in the wilderness again and they are parched … dying of thirst.

Once again, the Hebrews quarrel with Moses and they test the Lord. Moses cries out to the Lord saying, “What shall I do with this people? They are almost ready to stone me.” God instructs Moses to take some elders, his staff with which he struck the Nile, which had transformed the river of water into a river of blood. They went to the rock of Horeb and the Lord was standing there in front of the rock. The Lord told Moses to strike the rock and water would gush forth to slake the thirst of the people. The water poured out of the rock and the people drank.

This composition is attributed to Franz Joseph Haydn and the tune is known as Austrian Hymn. It is the third verse of the hymn that alludes to this story from Exodus.

“See, the streams of living waters, springing from eternal love, well supply Thy sons and daughters and all fear of want remove. Who can faint while such a river ever flows, their thirst to assuage? Grace, so like the Lord the giver, never fails from age to age.”

O Lord, we thank You for the cool, clear, fresh water that slakes our thirst and for the living water that refreshes our spirit day by day. In Christ’s name, we pray. Amen.