God is Calling You Now 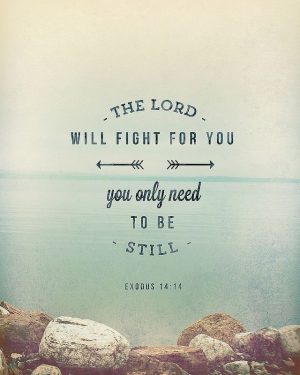 At that point Felix, who was quite familiar with the Way, adjourned the hearing and said, “Wait until Lysias, the garrison commander, arrives. Then I will decide the case.” He ordered an officer to keep Paul in custody but to give him some freedom and allow his friends to visit him and take care of his needs.

A few days later Felix came back with his wife, Drusilla, who was Jewish. Sending for Paul, they listened as he told them about faith in Christ Jesus. As he reasoned with them about righteousness and self-control and the coming day of judgment, Felix became frightened. “Go away for now,” he replied. “When it is more convenient, I’ll call for you again.” He also hoped that Paul would bribe him, so he sent for him quite often and talked with him.

After two years went by in this way, Felix was succeeded by Porcius Festus. And because Felix wanted to gain favor with the Jewish people, he left Paul in prison. Acts 24:22-27

It is so easy to be just like Felix. Instead of dealing with what God has called us to do, we wait until a more convenient time. Not wanting to cause a problem or offend people with God’s truth,we put it off for a later date or wait for someone else to deal with it, when all the while God is calling us to it now.

First, we see Felix put off dealing with Paul until Lysias arrived. Then, he was frightened and waited, again. Last, he gave up dealing with Paul at all and let someone else take over the problem at hand. God has called us and now we have to go and do what He has called us to do. Choose God, not people. “Obviously, I’m not trying to win the approval of people, but of God. If pleasing people were my goal, I would not be Christ’s servant.” Galatians 1:10

What is God calling you to do today that you have put off because dealing with it is too difficult or you just don’t feel prepared for the fight? Ask God to help you be bold in your faith today.

Gracious God, help me to be bold in my faith doing all that you have called me to do. Help me not to hesitate when speaking your truth waiting for a better or more convenient time. Thank you for loving me even when I am unlovable and refuse to be obedient to your call on my life. Your death and resurrection makes all things possible. Help me today to rest on that truth. In Jesus Name, Amen.